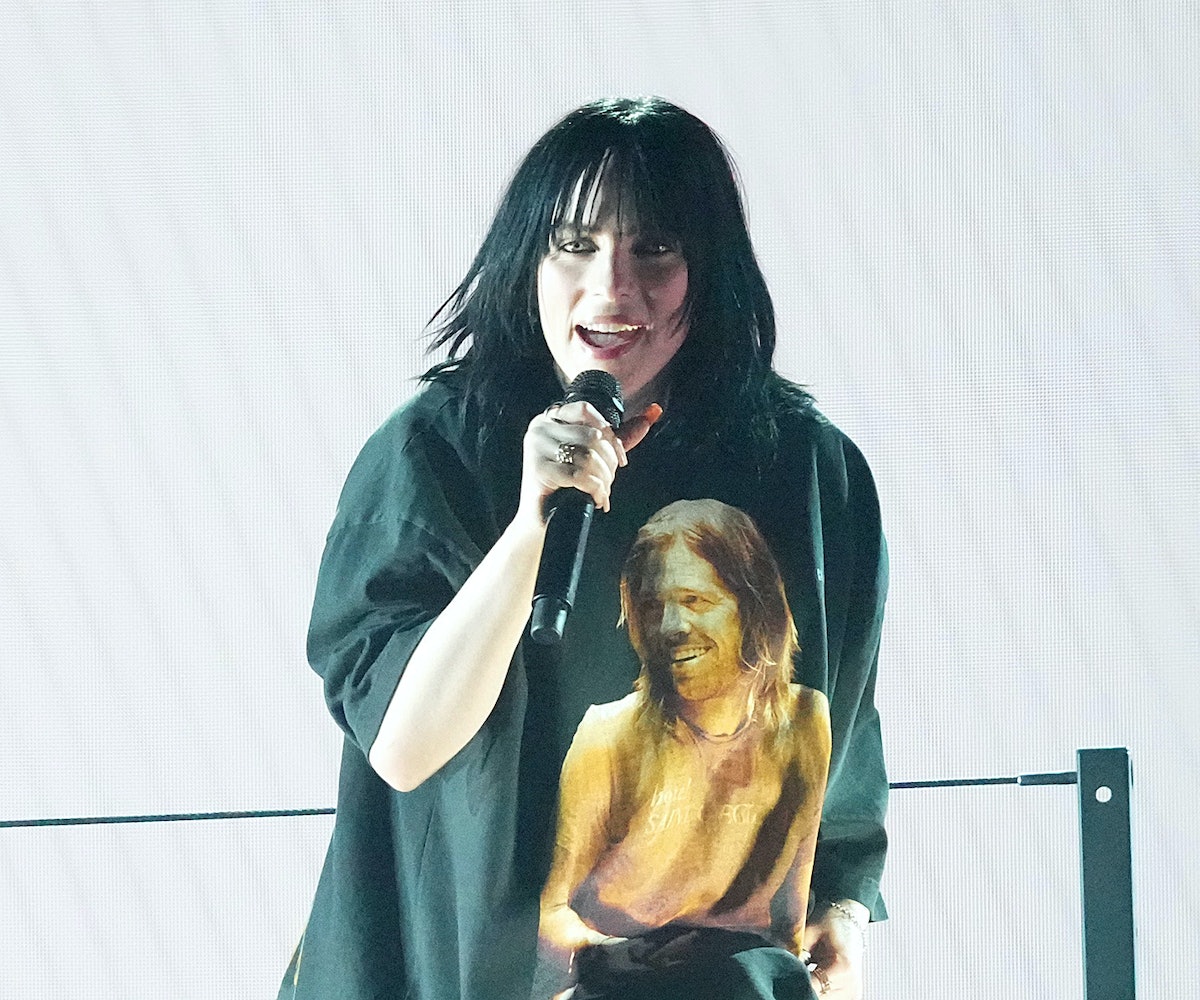 Billie Eilish pretty much redefined angst at the 2022 Grammys awards with a stunning performance of her hit song, “Happier Than Ever.”

The pop star’s performance of arguably the most emotionally charged track on the album recreated the intensity of its music video, as the singer began the song inside a stage set of a house before moving to the roof for its show-stopping second half. When the song reached its crashing climax, she raged around on the house’s roof as rain began falling, her brother Finneas playing along with her. It was an epic, cathartic display of the track’s mesmerizing power, and she did it all while paying homage to one of rock’s greatest performers, Taylor Hawkins, who tragically passed away last week. Throughout her performance, Eilish wore a custom Fall 2022 Willy Chavarria T-shirt with Hawkins’ face printed on it — her own small tribute to the legacy of the late Foo Fighters drummer.

The singer made history at the 2020 Grammys ceremony as she became the first woman artist ever to sweep the Grammys’ Big Four general field categories on the same night. The “Big Four” denotes the most prestigious and coveted awards, including Record of the Year, Album of the Year, Song of the Year, and Best New Artist. The only artist to ever do the same was Texan singer-songwriter Christopher Cross in 1980; Adele has also won awards in all four categories, though not in the same year.

Ever since, the young songwriter has been on a winning streak, taking home Record of the Year for her song “Everything I Wanted” and Best Song Written for Visual Media for “No Time To Die” at the subsequent 2021 Grammys. Just last week, on Sunday, March 27, Eilish and Finneas won their first-ever Oscars for their Bond song, beating out Beyoncé & Dixson, Lin-Manuel Miranda, Diane Warren, and Van Morrison.