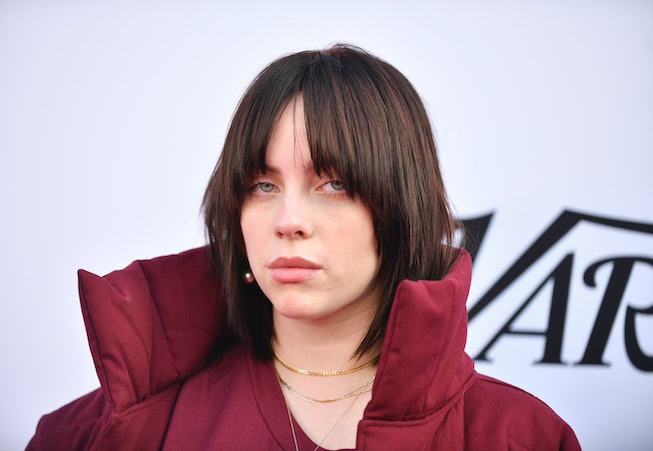 As an icon of Gen Z, 19-year-old Billie Eilish has given voice to several issues affecting her generation. From the objectification of young women to the related task of learning to love yourself, Eilish has addressed these topics both in her music and in the press, and in a recent interview with Howard Stern, Eilish spoke on the topic of pornography and how it’s negatively impacted her self-perception and sex life.

During the interview, Eilish also revealed that she contracted COVID in August and was sick for two months with lingering side effects, saying she thought she would have died had she not been vaccinated. “I want it to be clear that it is because of the vaccine that I’m fine,” she said. “I think if I weren’t vaccinated, I would have, like, died, because it was bad. When I say it was bad, I more just mean that it felt horrible. But really, in the scheme of COVID, it was not bad. You know what I mean? When you’re sick, it feels f*cking horrible.”

Eilish also discussed her experience hosting SNL, saying she was so nervous to be on the show, that she cried “every single day of the week” leading up to the big event.

“SNL, whoosh, it was the most crazy sh*t ever,” she said. “Saturday was, like, you know, one of the best days of my life, it was so much fun and so amazing and surreal and ridiculous.”

“That’s not my world, so I don’t know what the f*ck I’m doing,” she explained. “I feel like I am terrible, like I suck.” For what it’s worth, Eilish’s performance seems to have been universally praised. In addition to performing “Male Fantasy” and “Happier Than Ever,” Eilish also delivered an opening monologue in a “Mrs. Claus goes to the club” Simone Rocha get up, and appeared in several sketches, including one as a fame-obsessed TikTok nurse.