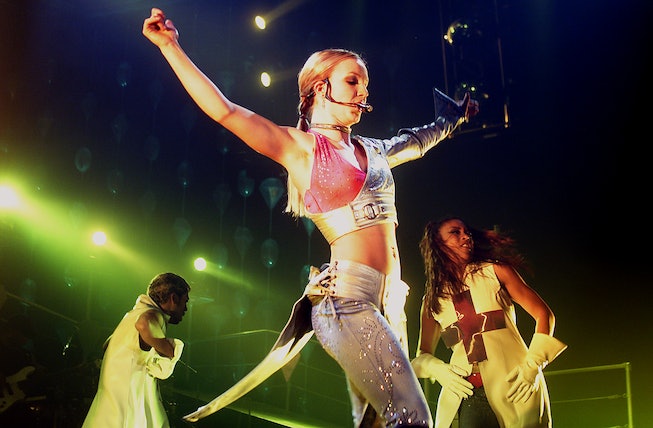 The #FreeBritney Movement is heading toward what could be a watershed moment: Britney Spears herself is set to make a rare personal address to the Los Angeles court regarding her ongoing conservatorship.

“My client has requested a hearing at which she can address the court directly,” Spears’s lawyer Samuel D. Ingham III told the court. “My client has asked that it be done on an expedited basis.”

The pop star is set to speak on June 23, but the contents of her address have yet to be named. Spears has been under her conservatorship — helmed by her father, Jamie Spears — since 2008 when she was forcibly hospitalized after months of exhibiting erratic behavior, fueled by invasive and abusive treatment from the paparazzi and tabloid media.

In November 2020, reports came out that Spears feared her father and wanted him out of her career. "My client has informed me that she is afraid of her father,” Ingham told the judge. “She will not perform again if her father is in charge of her career.” The star has been on an indefinite work hiatus since 2019.

Spears’s sentiments are corroborated by her longtime boyfriend Sam Asghari, who broke his silence on his girlfriend’s legal affairs following the release of the New York Times documentary Framing Britney Spears.

"Now it's important for people to understand that I have zero respect for someone trying to control our relationship and constantly throwing obstacles our way,” Asghari wrote on his Instagram Stories. “In my opinion Jamie is a total dick. I won't be going into details because I've always respected our privacy but at the same time I didn't come to this country to not be able to express my opinion and freedom." (Asghari is from Tehran, Iran and moved to Los Angeles in 2006).