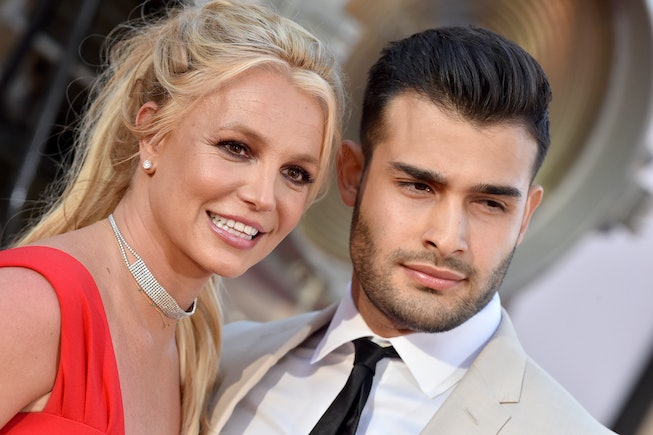 In the wake of the New York Times documentary Framing Britney Spears, people are furious over how the pop star was treated by the press and the relentless paparazzi for years. Footage of invasive reporters constantly shaming and belittling Spears are hard to stomach; It's even harder knowing that pressure and harassment Spears faced as a young adult paved the way to her now 12-year-long conservatorship under her father, Jaime Spears.

Thanks in part to the #FreeBritney movement, coverage of Spears' conservatorship blew up in 2020 as she fought to remove her father from his role as her sole conservator. Fans worldwide scrutinized the strict conservatorship — why is one of the world's most prolific artists under such tight watch, for this long? Framing Britney Spears revitalized the discussion, with support pouring in from fans, fellow celebrities, and now from Spears' longtime boyfriend, Sam Asghari.

"I have always wanted nothing but the best for my better half, and will continue to support her following her dreams and creating the future she wants and deserves," Asghari said in a statement to People. "I am thankful for all of the love and support she is receiving from her fans all over the world, and I am looking forward to a normal, amazing future together."

We want the same future for Spears as well. And hopefully, this future will also be on in which Spears is free to share her story on her own terms. For now, Spears' thoughts on the state of her conservatorship are based off what we can glean from court records; Framing Britney Spears producer-director Samantha Stark was unable to speak to the pop star while making the documentary.

"Since Britney has such a tight circle around her, in part because of the conservatorship, or it's allowed to be that way because of the conservatorship, journalists haven't really been able to interview her freely," she says, per Entertainment Tonight. "We, as The New York Times, haven't interviewed her because we want to be able to do it freely, with no one trying to adjust what she says or anything. And it just feels like you can't ask Britney."

Though he wasn't interviewed for the doc, Asghari spoke out on Instagram, writing on his story on February 9: "Now it's important for people to understand that I have zero respect for someone trying to control our relationship and constantly throwing obstacles our way. In my opinion Jamie is a total dick. I won't be going into details because I've always respected our privacy but at the same time I didn't come to this country to not be able to express my opinion and freedom." (Asghari is from Tehran, Iran and first moved to Los Angeles in 2006).

Asghari ended the story — quite surprising, given his relative silence in the past — with a mic drop gif.