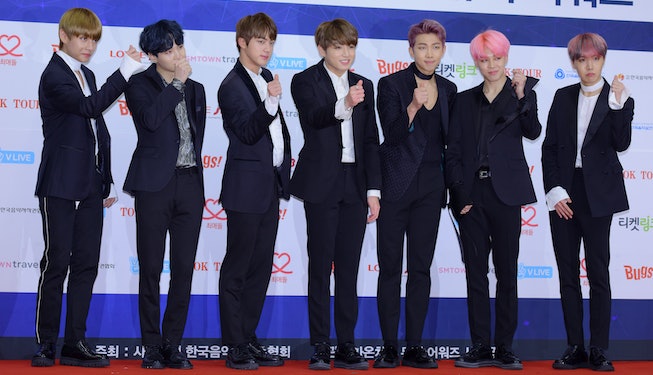 Prepare yourselves: BTS is scheming for their next comeback. On Monday the South Korean supergroup announced their next single, “Butter,” which is due to arrive on May 21. The song, described as a “dance pop track brimming with the smooth yet charismatic charm of BTS” per a press release, will be the septet’s second English-language single following their 2020 hit “Dynamite.”

It’s been a busy past year for the boy band, who released their fifth album Be not too long ago last November. The project was created in response to the ongoing pandemic and, in their signature versatile fashion, traverses through several genres from bubbly pop to hip-hop to funk and disco. But that’s not the only project the busy band dropped last year; just prior to lockdown, in February 2020, they released their highly-acclaimed fourth studio album Map of the Soul: 7, before following that up with their Japanese-language album Map of the Soul: 7 – The Journey in July.

Recently, individual members from the group have also been signaling possible solo projects in the near future; On April 21, member V posted to social media a hazy audio snippet of him singing an unreleased song that fans have taken to call “Sleep.” The track is rumored to be from an upcoming solo album.

Though there’s no official information yet on whether “Butter” is part of a larger forthcoming EP or album, it seems likely that more news about the boyband’s next big project is on the horizon. In the meantime, here are some possible fan theories around the track and their unannounced upcoming album.

A new album may arrive in June

Fans online are citing Korean media which reportedly state that a new album, which will include “Butter,” is due to arrive in June. If that’s true, then get ready for a dynamite summer!

Canadian singer-songwriter Jenna Andrews teased the news of the upcoming single on her Twitter on Monday, seemingly suggesting that she was involved in the track’s process. As fans pointed out, Andrews also worked with the group on their first English-language track “Dynamite.”