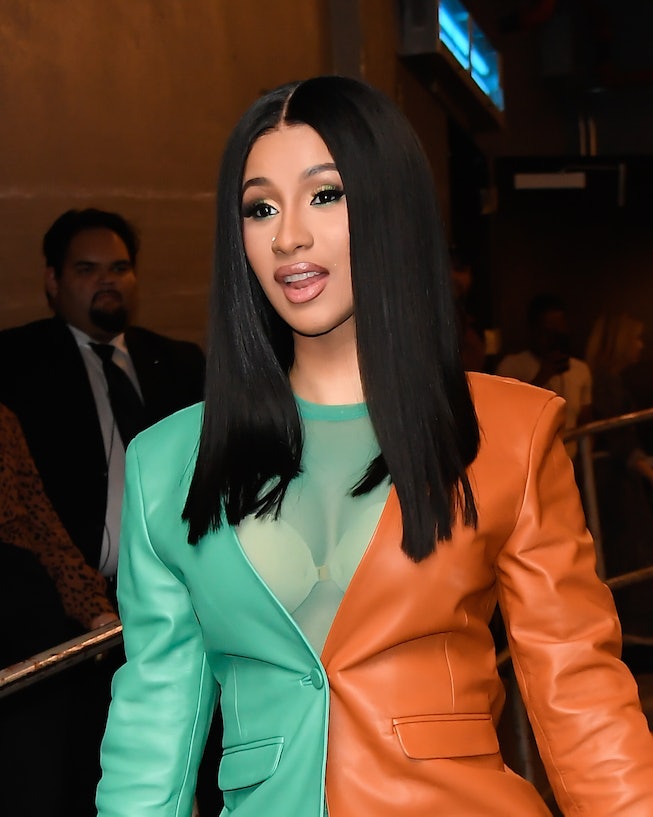 As protests in Minnesota against the unjust murder of George Floyd at the hands of police entered its third day, Cardi B took to her social media to voice her support for the protestors and to encourage people to go out and vote.

In a short video posted to her Twitter early Friday morning, Cardi B explained that watching the protests and outrage play out on social media made her feel like "yes, finally, finally. Mothafuckas gonna hear us now." She explained that she's not against the looting that's been taking place because she sees it the last resort option of a public that's tired of seeing yet another black man die at the hands of police brutality.

"Police brutality been going on even way before I was born but has been more visual ever since social media," Cardi said. "Let's say since Instagram started...how many peaceful protests have we seen? How may trending hashtags have we seen? These hashtags keep freaking repeating themselves. I feel like I've done videos about police brutality, I feel like this is my seventh time...I've been doing fucking police brutality videos since my teeth been fucked up. And the only shit that changed has been my fucking teeth."

Later in the video, Cardi put out another call for people to go out and vote — not just for president but also for local government positions as well including mayors, judges and district attorneys — all roles that have "the power to prosecute the cops when they do fuck shit," Cardi said.

The "I Like It" rapper has always been outspoken about her political views and more recently, the importance of voting and political participation, often acting as the voice of the public when it came to certain hot topics. Most recently, she shared a video questioning the country's coronavirus testing practices, expressing her frustration with the fact that celebrities without symptoms of the virus have been able to secure testing, while regular people with symptoms have not.

Cardi B has also been a public supporter of Bernie Sanders, having hopped on multiple Instagram lives now with the former presidential candidate, where they talked about everything from manicures to immigration.

See Cardi's full video on the Minnesota protests below.