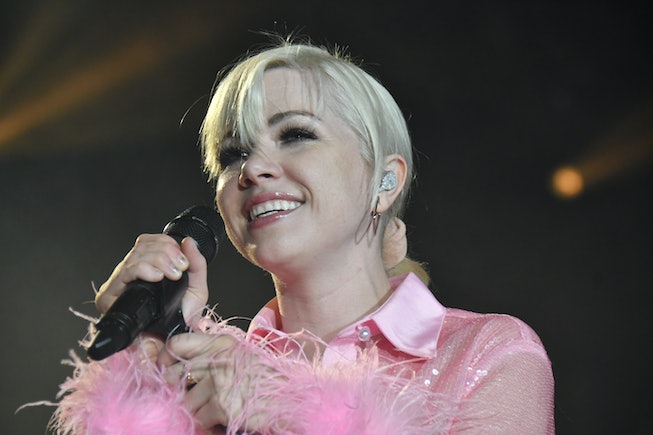 The girls of pop music don't know how to sit still during a global pandemic. Charli XCX conceptualized and recorded her album How I'm Feeling Now in lockdown while giving real-time updates. Lady Gaga finally realized she needs to release Chromatica. Just when you thought we had our dance apocalypse playlist on lock, fellow prolific pop star Carly Rae Jepsen shared that she was "recording an album during quarantine" as well.

Jepsen also oh-so-casually dropped a surprise Dedicated B-side on May 21, and then basically said, "But wait, there's more!" and revealed that she had recorded an entire album in quarantine with longtime collaborator Tavish Crowe. As reported by Vulture, Jepsen appeared as a guest on the podcast Switched on Pop with Charlie Harding and Nate Sloan, where she dropped some details about the "very different" and "kind of fun" experience of recording under quarantine.

"We had to do it around Zoom and things like that, so it’s been like a challenge but a really fun one,” she explained. “You have more time to have space in between the decision you're making and more time to kind of be away from the song for a minute, so I find it to be a whole new style of going at it, and I like it.”

Jepsen didn't reveal any potential release dates, but maybe at this rate, we'll wake up to a new album sooner than we think.