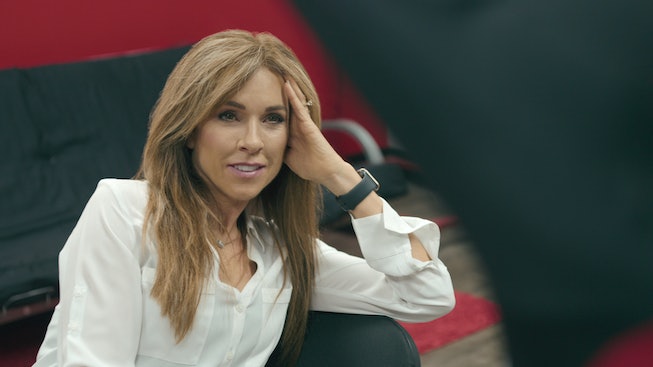 Rumors have been swirling about the upcoming season of Dancing With the Stars for months. Early on, there were some huge shakeups — most notably, that for the first time in its 15-year history, the upcoming 29th season would not be hosted by founding host Tom Bergeron. Instead, he was set to be replaced by America's Next Top Model's Tyra Banks, who is bound to bring some much-needed chaos to the long-running ABC reality hit. Now, the full cast for the new season has been announced — and there's plenty to be excited about.

The cast includes a who's who of recognizable names. Most noticeable is Carole "Big Cat Stan" Baskin, the unlikely star of Netflix's Emmy-nominated Tiger King, who has spent the months since her Netflix debut fending off accusations that she murdered her first husband by feeding him to her hungry pet tigers and talking about how much she wants to slap Saturday Night Live's Chloe Fineman for her hilarious impression.

But Netflix's dominance over this season doesn't stop there. The leading streaming service is getting even more free ABC promo with the casting of Monica Aldama, better known as "Coach Monica," the tough-loving leader of Cheer's Navarro College Bulldogs Cheer Team. Finally, there's Chrishell Stause, the ostensible "new girl" of our current reality TV obsession Selling Sunset, who has been given yet another avenue to discuss her very public divorce from This Is Us star Justin Hartley, which she allegedly learned about via text message.

Find a full list of the competing contestants (and an announcement video) below.

Season 29 of Dancing With The Stars premieres on ABC on September 14th at 8:00pm.