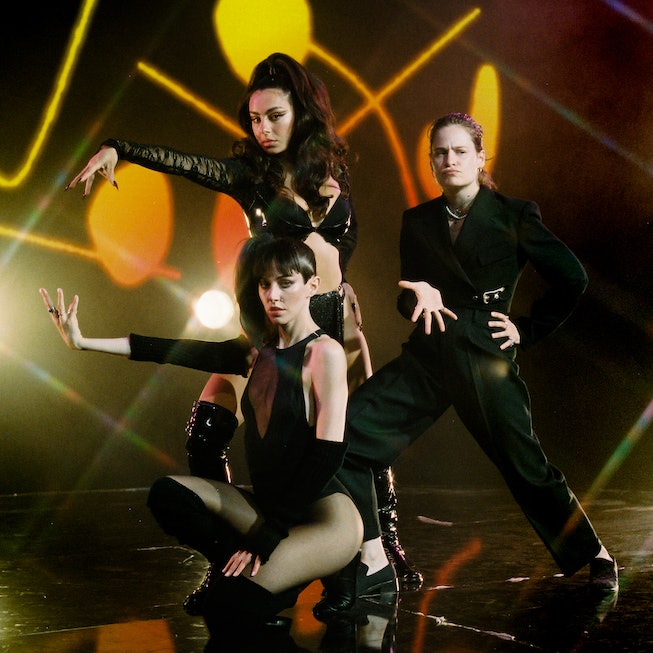 This Saturday, December 18, Charli XCX will make her debut as musical guest on the very last 2021 episode of Saturday Night Live. Naturally, such a special occasion calls for special guests — and Charli XCX has now confirmed two big names that will join her on stage to help send off this nonsensical year: Christine and the Queens, and Caroline Polachek.

The “Lock It” singer made the announcement on Friday while sharing photos and TikToks of the three in rehearsal, masks included. It’s more than likely that they’ll be performing their joint track “New Shapes,” the groovy second single from XCX’s forthcoming fifth studio album, Crash. If so, it’ll mark the first live performance of the track since they released it in November alongside its choreograph-heavy video. And if all goes well — and you know it will — it’ll be a star-powered recreation of the visual, enough to wash away the taste of the end of yet another unceremonious year.

If you’re a close follower of XCX, Polachek, or Christine & The Queens, you’ll know that the trio’s collaboration has been a long time in the making; the three artists have been orbiting each other since as early as 2017. XCX and Polachek were the first to collaborate back in 2017 with their song “Tears” on XCX’s critically loved album Pop 2. In 2019, XCX and Christine & The Queens released their joint track “Gone,” a thumping, arena-sized pop anthem that also became a critic highlight that year.

Though XCX hasn’t confirmed the second song she’ll be performing, there’s a good chance it’ll be “Good Ones,” the lead single to Crash. The album — which has been set for a March 18 release — is the final album required before she fulfills her major label contract, and promises “a new chapter for me in which I embraced all that the life of a pop figurehead has to offer in today’s world — celebrity, obsession and global hits,” XCX wrote about the project in a press release.

Be sure to catch the episode of SNL, which Paul Rudd will host for his fifth time, on Saturday December 18 at 11:30 p.m. In the meantime, revisit the music video for “New Shapes,” below.