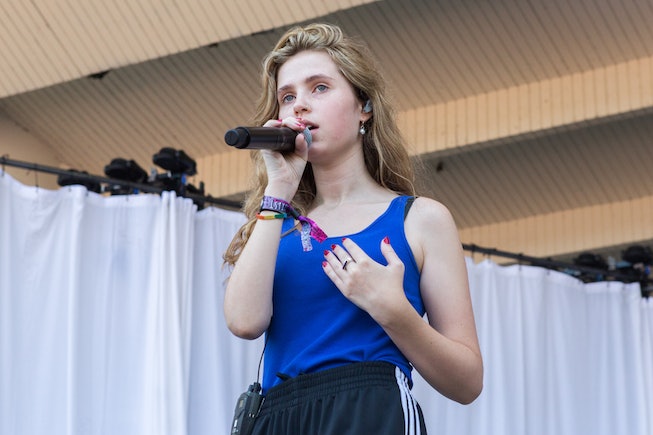 Indie artist Claire Cotrill, who performs under the stage name Clairo, recently opened up about the deeper meaning of her new single “Blouse” in an interview with Rolling Stone. The singer explained that “Blouse” illuminates her experience with sexism in the music industry.

Cotrill, who rose to fame at 18 with her viral hit “Pretty Girl,” is known for her low-fi beats and chill vibe. She typically sings about love and life as a young adult, but this is her first time delving into a more somber narrative.

Over an acoustic guitar she sings, “Why do I tell you how I feel/When you’re too busy looking down my blouse?/If I can make them hear, then touch me now.”

Clairo said that the verse is about working with predatory music producers and revealed that she doesn’t go to studio sessions alone anymore. “That line is really important to me, because it just captures so much of what that experience feels like,” she said.

Cotrill also explained how these instances discourage her as an artist. “I was pissed off that that’s a part of this, and that I’m just supposed to accept the fact that that’s a part of it,” she said. “I have moments where I wonder if it even matters what I write. I put in so much effort, but is it going to get to a point where I’m just overly sexualized again? You’re so desperate for someone to hear you out that you just let them do it.”

“Blouse” features back up vocals from Lorde, and is the first single that Cotrill’s released from her upcoming album Sling. “It’s a bold decision, but I’m super confident in it,” she said of the release. “It’s a good introduction to the album, because it’s the one song that doesn’t need constant context.”

The full album, which was produced by Jack Antonoff, will be released on July 16th.

NEXT UP
Entertainment
Megan Thee Stallion Says A New Album & World Tour Is Coming In 2023
Entertainment
RM's "Yun" & 9 Other New Songs Out This Week
Entertainment
Caroline Polachek Announces Album ‘Desire, I Want To Turn Into You’
Entertainment
Precious Pepala Is Going From TikTok Covers To Her Own Resonant Songs