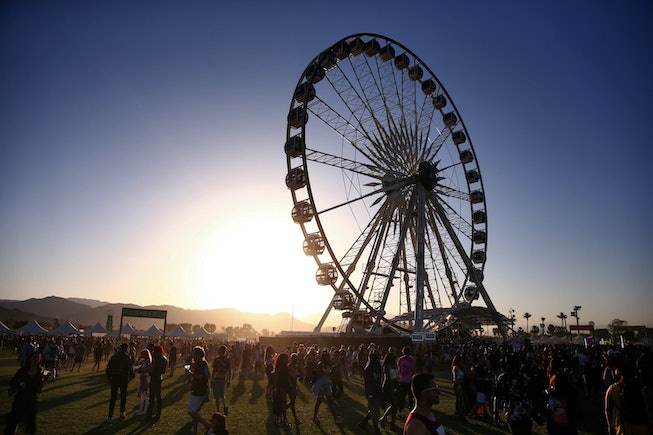 Goodbye fall festival season, and hello spring festival season — again. According to industry sources, Coachella is reportedly moving their festival once more to April 2022, Variety reports. If confirmed, this will mark the fourth time the famous Indio, California festival has rescheduled their dates due to the COVID-19 pandemic. Originally scheduled for April 2020, it was later pushed to October, then to April 2021, and finally to its recently rumored dates in October 2021, though the festival never publicly announced the change. Representatives for AEG and Goldenvoice, the event’s parent company and promoter, respectively, did not respond to comment to Variety.

The sources are citing “ongoing uncertainty over the COVID-19 pandemic” as the reason for the latest push, per Variety, despite the fact that increased vaccinations has led government officials to estimate that concerts and touring will be able to reconvene as early as fall 2021. Given the massive scale of Coachella, an outdoor festival even during fall 2021 could still present high risks of transmission, the sources say, even as some states are going full steam ahead with festival line-ups this fall.

“There’s a big difference between having two weekend of Coachella in California and throwing a country festival in Florida,” one source told Variety.

On a global scale, Coachella isn’t the only, nor the first, major festival being overly cautious with their scheduling. Earlier in March, Barcelona’s Primavera Sound festival cancelled its 2021 edition to make a return in 2022, as did the U.K.’s Glastonbury Festival.

All we can do now is wait and see if other festivals will follow suit in Coachella’s decision; so far, Tennesse’s Bonnaroo fest is still on for dates in September, as is New York’s Governor’s Ball.