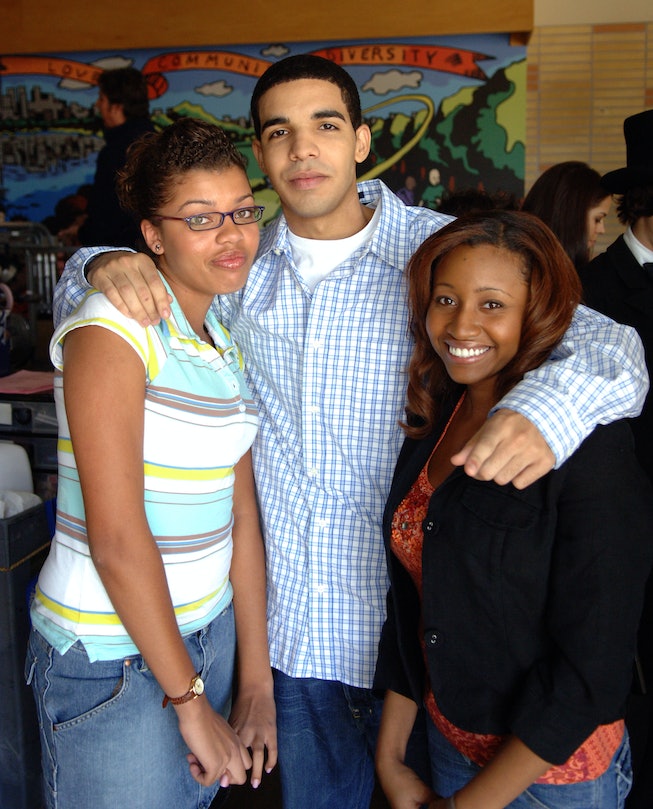 As of November 3, 2022, HBO Max has scrapped the Degrassi series reboot, Variety reports. The drama was originally picked up for 10 episodes back in January, and was to be yet another chapter in the on-going Canadian high school drama that once starred Drake (Aubrey Graham).

Since Warner Bros and Discovery merged in April, several shows have been shelved at HBO Max. Most famously, HBO Max’s Batgirl film was shut down despite being completed. The Nasim Pedrad-starring TBS comedy Chad also got the boot, just before the second season was due to air. Several HBO Max original shows and movies have been removed from the platform, as Variety points out, reportedly as a way to avoid paying royalties to their creators.

Just when you were recovering from Euphoria, another zeitgeist-y, chaotic teen show has announced its imminent return to the streaming scene. The issue-ladened youth of Canadian hit Degrassi will return for a reboot greenlit by HBO Max, The Hollywood Reporter reports. The streamer has also gained U.S. rights to all 14 seasons of Degrassi: The Next Generation.

Degrassi, which famously “goes there” per its tagline, had its high school students deal with every topical issue under the sun, from school shootings, to abortions, to blow job bracelet parties. The show was known for casting non-famous actors — though one of whom in particular went onto become a global superstar, but that’s for another time.

Lara Azzopardi (The Bold Type) and Julia Cohen (Riverdale, A Million Little Things) will serve as showrunners and executive produce the new series, which is set to begin filming this summer in Toronto.

“Series after series, the Degrassi franchise continues to make an indelible impact on young viewers looking for trustworthy and authentic storytelling,” said Amy Friedman, head of kids and family programming at Warner Bros. “WildBrain continues to artfully capture high school life in a compelling format that can be experienced seamlessly on HBO Max.”

The new Degrassi will reportedly follow a group of teenagers and school administrators “living in the shadow of events that both bind them together and tear them apart. The show travels deep into the hearts and homes of diverse, complicated characters, as they struggle to find their new normal, reaching for hope, redemption and love.”

“What excites us maybe the most about reviving this beloved franchise is turning it into a truly serialized one-hour drama,” said Azzopardi and Cohen in a statement. “We’re honored to be given the opportunity to lead this evolution and bring this iconic series back into people’s homes.”

The Degrassi franchise first began in 1980, when The Kids of Degrassi Street premiered on Canada’s CBC. Degrassi Junior High and Degrassi High followed and were broadcast on PBS in the United States. Then, Degrassi: The Next Generation — the iteration most people are familiar with today, and the one Drake and Nina Dobrev starred on, premiered in 2001, and ran all the way through 2015.

Whether the 6 God will be involved in his hometown show is yet to be determined, but given his production credits on teen fare like Euphoria, it’s certainly possible.

NEXT UP
Culture
The Biggest Revelations From The Price Of Glee Docuseries
Culture
Netflix Is Seriously Cracking Down On Sharing Passwords
Culture
Phoebe Dynevor Will Not Return for Bridgerton Season 3
Culture
Succession Season 4 Trailer Explodes With Family Drama
Style + Culture, delivered straight to your inbox.

This article was originally published on Jan. 13, 2022