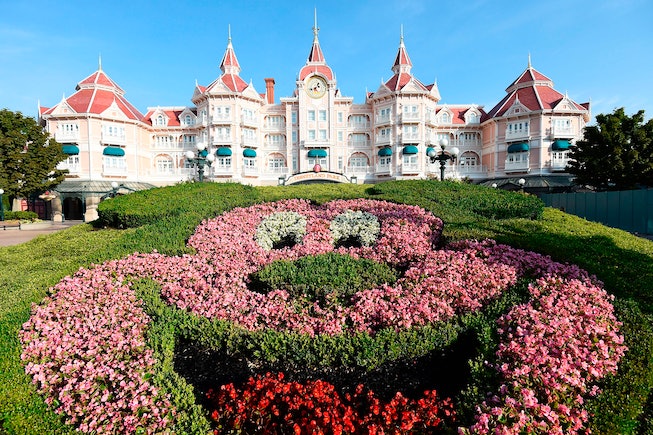 As Hollywood self-corrects amidst a racial justice reckoning, Disney theme parks are owning up to their own problematic pasts. Splash Mountain, arguable one of the Disneyland and Disney World's most popular attractions is getting "reimagined" — which is Disney-speak for a full throttle makeover to separate it from its racist origins. Historically based off the controversial 1946 film Song of the South, Disney is set to re-theme the ride in favor of its 2009 animated film The Princess and The Frog, which features Disney's first Black princess.

Disney has allegedly been working on replacing Splash Mountain with The Princess and The Frog since last year, and will will pick up the story of Princess and the Frog after the film's climactic final kiss, joining Princess Tiana and her trumpet-playing alligator Louis on a musical adventure for their first Mardi Gras performance. The imagineer leading the re-design efforts, Charita Carter, is also a Black woman. "Like Princess Tiana, I believe that courage and love are the key ingredients for wonderful adventures," she said in a statement. "I am delighted to be a part of bringing this fun-filled experience to our guests.”

Unfortunately, the change is not completely well-received; many grown adults who are for bizarrely invested in a children's theme park are upset at the change, with some vowing to end their annual pass memberships. You hate to see it!

The change is obviously well-intentioned and mostly positive, especially considering how the original inspiration, Song of the South, has long been criticized for its offensive portrayals of Black people and as a romanticization of the antebellum South. The film has been locked away in the infamous "Disney Vault" for decades, and kept far from the new streaming service, Disney+. But even The Princess and The Frog has some glaring issues; namely, that the first Black Disney princess spends the majority of the movie as an amphibian. Disney obviously has a long way to go. The re-theming of Splash Mountain — and past moves like casting of Halle Bailey as Ariel in the live action remake of The Little Mermaid — are small first steps.