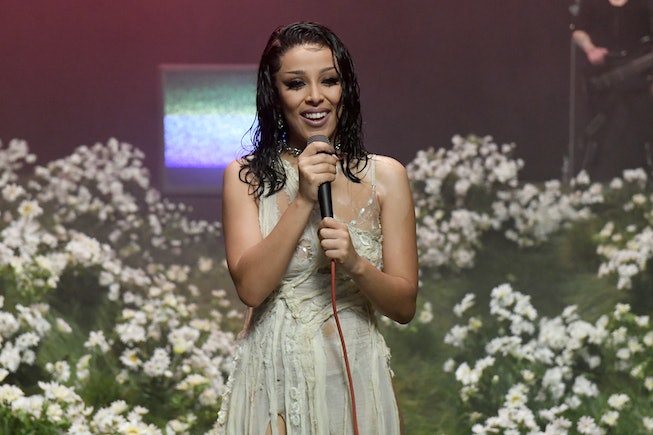 Even in her stardom, Doja Cat navigates the internet like she's always done: like a troll. The multi-hyphenate loves nothing more than messing with her fans online, and she's honestly very good at it. It looks like Doja is taking her tried and true posting techniques and applying them to her upcoming project, titled PLANET HER.

Doja went on a major following spree on Twitter and wrapped it up with a fat hint: "Following them for a reeeeaaaaasssoooonnn ;) Guess why." Hmm, what could it be? Perhaps possible PLANET HER features? The list is, of course, stacked beyond belief with the best of pop, rap, and R&B. If Doja's following binge is true, PLANET HER will include features from Saweetie, Ariana Grande, Young Thug, SZA, The Weeknd, A$AP Ferg, and Megan Thee Stallion. Ladies and gentlemen, the bops are coming!

The PLANET HER project follows Doja's explosive 2019 record Hot Pink, which came with bangers like "Say So," "Like That," and "Juicy." In fact, "Say So" landed in the top five most popular songs of 2020 for both TikTok (where it dominated with an original dance) and the Top 40 of the Billboard Hot 100 charts. News surrounding PLANET HER will likely continue to trickle in, so keep an eye on Doja's "following" list just in case.