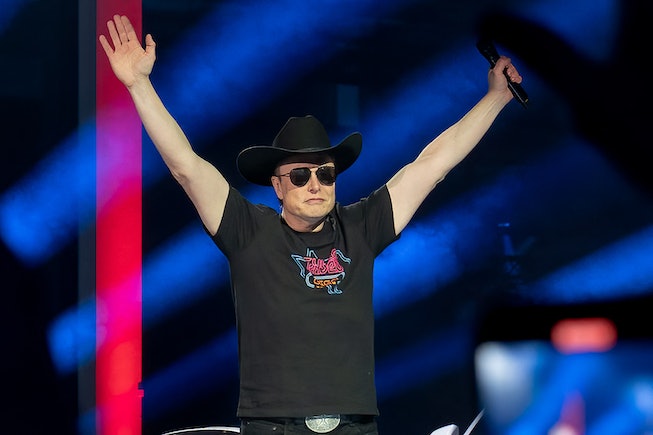 Twitter has accepted Elon Musk’s offer of a buyout, the company announced in a press release on Monday.

The deal between the SpaceX and Tesla CEO and the social media platform closed today, with Twitter accepting just over $44 billion from the richest man in the world. Though Twitter may be technically smaller than fellow social platforms like Facebook and TikTok, it’s highly influential given its user base, and a New York Times report suggests that Twitter employees are divided over the acquisition.

Hours before the deal was announced, Musk wrote (on Twitter), “I hope that even my worst critics remain on Twitter, because that is what free speech means.”

At the TED 2022 conference earlier this month, Musk said he offered to buy Twitter because it had “become kind of the de facto town square, so it is just really important that people have the reality and the perception that they are able to speak freely within the bounds of the law,” according to The Hollywood Reporter. He added: “This is not a way to make money, my strong intuitive sense is that having a public platform that is maximally trusted and broadly inclusive is extremely important to the future of civilization, I don’t care about the economics at all.”

Musk has long been an active user of Twitter, even first connecting with partner (and mother of two of his children) Grimes over a shared Twitter joke. He had been quietly purchasing shares in Twitter starting in January, and turned down an offer for a seat on the company’s board — as he was clearly envisioning taking on a much bigger role.

Upon offering to purchase the company outright, Musk reportedly told Twitter’s board chair Bret Taylor in a text: “Twitter has extraordinary potential. I will unlock it.”

Since the rumor of Musk’s offer first broke, Twitter users have been contemplating what the takeover would mean for the platform, with many saying they’ll leave altogether if he became Twitter’s overlord. Whether that will actually happen, only time will tell.

NEXT UP
Culture
TikTok Dating Advice Is Hell On Earth
It Girl
Madison Bailey Is Embracing The "Elegance" of Being in Her Mid-20s
Entertainment
Emma Chamberlain Is Officially Moving to Spotify On February 23 (Exclusive)
Entertainment
Ebony Riley's "Deuce Deuce" & 9 Other New Songs Out This Week
Style + Culture, delivered straight to your inbox.