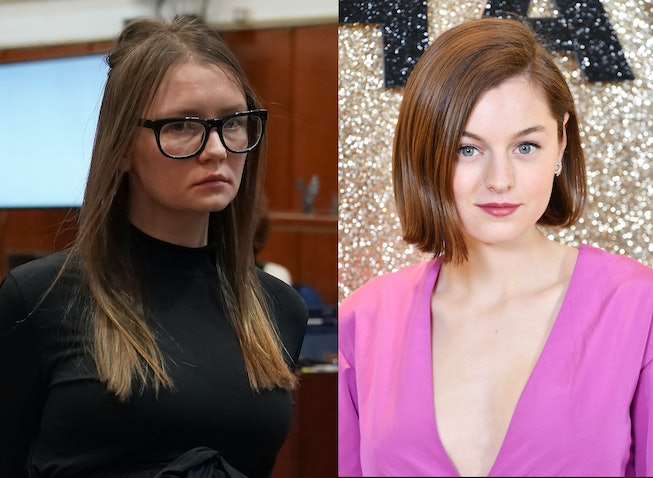 Emma Corrin is on a roll. After winning awards for her uncanny turn as Princess Diana in the most recent season of The Crown, the actress has announced she’ll be playing infamous high society grifter Anna Delvey in a new play.

Corrin announced the news of her casting in an Instagram post, writing that she was “so stoked.” Based on the true story of Delvey’s time scamming her way into New York’s upper echelons, ANNA X will follow the story of a couple, Anna and Ariel, who “find themselves struggling to keep up with New York’s dazzling social elite,” and explores “how far will two outsiders go to construct the identities they want.” The play, written by Joseph Charlton and directed by Daniel Raggett, will open at the Harold Pinter Theatre in London later this year, as part of its RE:EMERGE season.

Delvey, who has been filming her own life for a vlogging project called AnnaDelveyTV since her recent release from prison — following a conviction for fraud that resulted in a four-year sentence — will also be the subject of another project. Inventing Anna, a Netflix miniseries starring Julia Garner, has been in the works since 2018.

Of her own TV project, Delvey told Insider, “So many people I see are trying to tell my narrative. I just decided to do something on my own.” She’s also working on a book, which she told Insider will feature “take on the criminal justice system and (her) jail experience.”