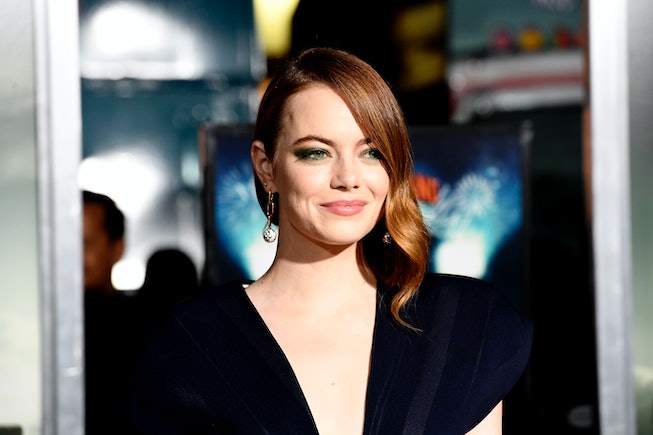 What we need in these trying times is freakish, unhinged entertainment, and thankfully, Nathan Fielder and the Safdie Brothers are delivering us to laughter. We reported on their forthcoming half-hour Showtime comedy series The Curse back in February, and today the network announced that Emma Stone is the latest to join what will surely be a beautifully demented project.

The show's synopsis itself reads like mad libs: "The Curse is a genre-bending scripted comedy that explores how an alleged curse disturbs the relationship of a newly married couple as they try to conceive a child while co-starring on their problematic new HGTV show.” Stone's Oscar-winning acting skills and her slept-on comedy chops feel like a perfect fit for Fielder's absurdist, cringe sense of humor popularized through Nathan for You and How To with John Wilson. Throw in the Sadie Brothers' signature manic energy á la Uncut Gems and Good Time, and you've got a hit on your hands! The Curse simply cannot come soon enough.

Fielder and Benny Safdie are set to star alongside stone, while Fielder will also co-direct and executive produce alongside the filmmaker brothers and Stone. And just like all things hyped and avant-garde-adjacent, The Curse will be produced by the Safdies' banner Elara Pictures and the ever-so-popular A24.