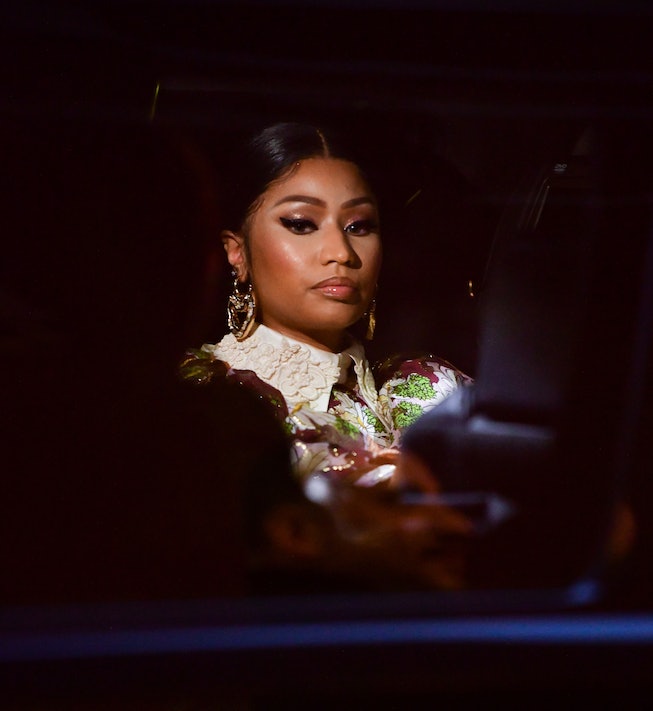 On Tuesday, Nov. 16, the Recording Academy revealed the full list of nominations for the 2023 Grammy Awards. In comparison to recent years, it was a fairly uneventful unveiling, with the expected players — Adele, Beyoncé, Taylor Swift, Lizzo — receiving their expected nominations. Given that this is the Grammys, after all, there were still plenty of shockers and pleasant surprises to create some buzz online. Specifically: nods for neither Nicki Minaj nor Blackpink — and a few unexpected ones for GloRilla and rising indie band Wet Leg.

Below, we broke down our seven biggest takeaways from the 2023 Grammy nominations, from the biggest snubs to the nicest surprises.

For all intents and purposes, 2023 was supposed to be Nicki Minaj’s comeback year. The singer scored her first-ever solo Billboard No. 1 with “Super Freaky Girl,” and she was already riding a high from being honored with the Vanguard Music Award at the 2022 VMAs. You got the sense that streak was supposed to continue on into the 2023 Grammys, but we probably should’ve seen turbulence coming when the pop star called out the Recording Academy about their categorization of “Super Freaky Chick” in the voting ballots earlier this year.

In October, when the first round of Grammys voting ballots went out to members, Minaj took to Twitter to slam the Recording Academy for reportedly moving “Super Freaky Girl” from the rap category to the pop category, and for seemingly holding Minaj’s work to different standard than other pop-rap songs. In tweets, Minaj pointed out that if they wanted to categorize “Super Freaky Girl” as pop, then they should’ve done the same with Latto’s song “Big Energy.”

“I have no prob being moved out the RAP category as long as we r ALL being treated FAIRLY. If SFG (‘Super Freaky Girl’) has 2B moved out RAP then so does Big Energy! ANY1 who says diff is simply a Nicki hater or a troll,” she tweeted.

Minaj later expanded in a video that she felt these changes were targeted: “I always say this: Any rapper, female or male, that wins a Grammy, you should be f*cking proud of yourself. But why is the goalpost only ever moved when it’s Nicki? Well, I’ll tell you why. They don’t want the people that they have in the industry to go up against me.”

Minaj has now been completely shut out of the 2023 Grammys with “Super Freaky Girl,” her biggest charting song in a while, getting nothing.

Though Minaj has voiced some questionable opinions in the past, we frankly have to agree with her here — there is something sinister and retaliatory (or, at the very least, just plain mean) about Minaj’s snub that feels like it runs deeper than her latest callout. Minaj, after all, famously has ten grammy nominations and zero wins; this feels less like an accident and more intentional now, when the Recording Academy yet again passes up an opportunity to finally acknowledge a talent who has completely changed the rap field for women (even if she can sometimes be annoying about it).

The Barbs, as expected, are furious. We’re also stumped and confused, but most of all disappointed.

Since BTS and K-pop entered the Western scene, it’s been clear that the Grammys haven’t known what to do with them. For the last few years that the South Korean boy group was nominated, the Recording Academy relegated their nomination to the Best Pop Duo/Group Performance category, in spite of any albums or singles of theirs that were explosively charting on the Billboard 100.

This year, the boy band — who announced they’d be embarking on their military enlistment duties starting 2023 — fared much better, thanks to a few strategic collaborations with Coldplay. BTS netted three nominations: One for their song “My Universe” with Coldplay, which is vying for Best Pop Duo/Group Performance yet again, and one for album of the year, as featured artists on Coldplay’s Music of the Spheres.

The group’s third nomination, “Yet To Come” for Best Music Video, however, feels like the most meaningful for the band — and the wider K-pop industry. The song is one of the group’s last major releases before they break for a few years to tend to their other idol duties, so symbolically, there’s some bittersweet emotion tied up in its nomination. More notably, it’s a song sung significantly in Korean, breaking a major barrier when it comes to the language of songs the Grammys chooses to recognize. Sure, it’s still only nominated in the Best Music Video category, but this could open the door to more non-English songs to be included in other genres in the future. Maybe this means the Grammys has finally figured out that, yes, they can acknowledge non-English songs in more meaningful ways.

That being said, major K-pop girl group Blackpink was completely shut out of the Grammy nominations this year, which goes to show that we might’ve spoken too soon. The girl group has never been nominated for a Grammy, and the hope was that this would change with the release of their album Born Pink in September. Their major wins at the VMAs — for Best Metaverse Performance, and Best K-Pop for band member Lisa — seemed to suggest that the group would have a big year at the Grammys. But alas, that didn’t turn out to be the case.

While it’s true the album wasn’t anything to write home about, it’s still shocking that massive singles “Pink Venom” or “Shut Down” didn’t even garner so much as a Best Pop Duo/Group Performance nod, considering their genuinely huge impact. (If Taylor Swift knows “Pink Venom” you should too, Grammys!) Unfortunately, the snub only serves to cement the outdated idea that there’s room for only one K-pop group to excel at the Grammys, and that’s a real shame for all the ruling bodies involved.

Rap Riser GloRilla gets her due.

It’s not often that the Grammys gets the rap field right, but nominating GloRilla and HitKidd’s summer anthem “F.N.F. (Let’s Go)” for Best Rap Performance is one small thing the Recording Academy can pat themselves on the back for. The duo’s surprise chart-buster was a genuine from-the-ground hit — a song that emphasized the scrappy spirit of the genre in the midst of an era when it’s becoming as commercialized and corporatized as any other. “F.N.F. (Let’s Go)”’s steady rise showed that rap’s underdog is still alive and able to conquer — and for that, we say GloRilla’s nod is very well deserved.

One last nomination for Gunna and Young Thug.

Maybe that’s an overdramatic header, but with Young Thug and Gunna both still behind bars due to the ongoing YSL indictment, it’s hard to know when the two rappers will have another chance to meaningfully release new music.

The duo’s viral hit “Pushin P” netting nods in both Best Rap Performance and Best Rap Song feels bittersweet, if not wholly deserved. The two rappers have made lasting marks in the Atlanta music scene and indelibly changed the genre — they deserve a win.

A big year for Wet Leg.

A big celebration is due for Wet Leg, the British indie band who netted five nominations, including the coveted Best New Artist. This is probably the earliest the Grammys has caught onto a formidable rising talent on the indie scene who is already a critical darling, which shows some promising changes and attention finally being shown to the alternative genre. (Bon Iver wasn’t even nominated for its first Grammy until 2012, six years after the band had already formed, and they were still tapped for Best New Artist.)

Wet Leg’s runaway debut single, “Chaise Lounge” is an undeniable force, and while we love all the candidates up for Best New Artist, it’d be especially game-changing to see Wet Leg take the distinction home this year.

Viola Davis is closer than ever to an EGOT.

Last, but certainly not least, actress beloved by everybody, Viola Davis, is on her last leg to getting an EGOT. The decorated actress has been a longtime holder of a Tony Award (she received her first in 2001), and she received her first Academy Award in 2016, and Emmy in 2015. It’s that Grammy award that’s always been elusive — until now. Her work voicing her own memoir, Finding Me, is up for Best Audio Book, Narration & Storytelling Recording, a fitting category that we’re sure she already has in the bag. Still, let’s all keep our fingers crossed for Ms. Davis.