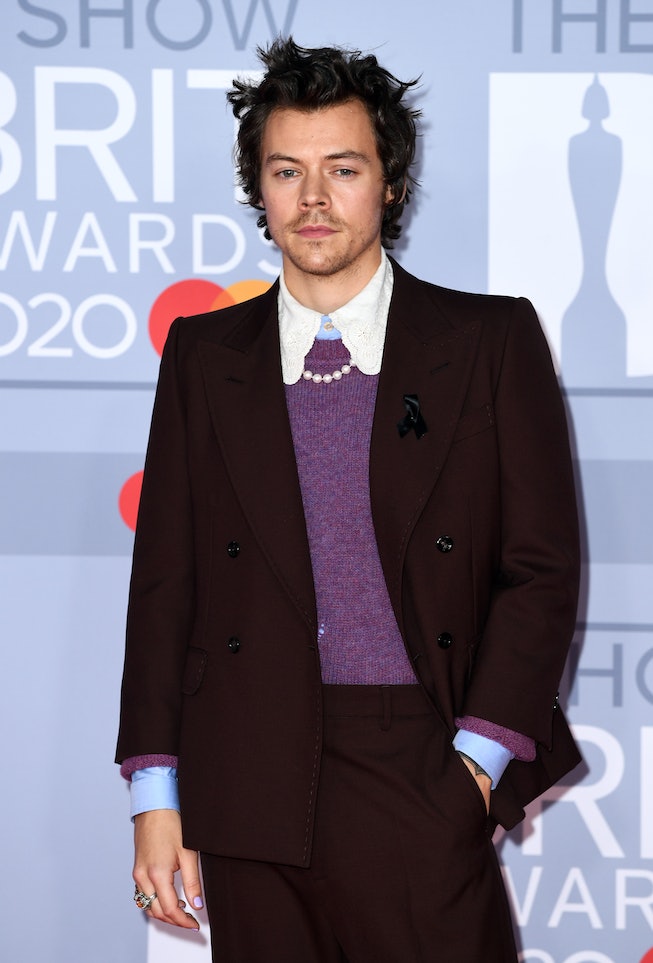 Another day, another case of a musician getting called out for not providing adequate credit to others on a song. This time the artist in the hot seat is Harry Styles who — ironically enough — apparently declined to list the folk duo Lucius as featured artists on his Fine Line song “Treat People With Kindness,” the band claims in an interview with Los Angeles Times.

It allegedly went down like this: Lucius, made up of vocalists Jess Wolfe and Holly Laessig, were in the studio with Styles working on a different song together that they didn’t end up finishing. During the session, Styles asked the duo to sing on what would eventually become “Treat People With Kindness.”

“We were like, ‘Yeah, of course,’” Wolfe told the Times. “If it’s just ‘oohs’ and ‘aaahs,’ it’s not a big deal. And it’s a good opportunity for us. But we started singing and we were singing the whole chorus.” Indeed, on the song’s studio recording Styles does not sing during the chorus, only providing the verses and the bridge.

A few weeks after the session, when Lucius got to hear the completed song, they realized just how prominent their vocals were in the final version. “It was literally us. We start the song, we sing every chorus, just us,” Lucius told the Times. “We trade off the bridge. It is us and Harry Styles. Harry Styles and us.” Yet, despite all of that, the duo claim, Styles declined to officially list the duo prominently as featured artists on the track, which would’ve included a tag to Lucius’ artist page on streaming platforms and, arguably, exponentially boosted their visibility. A rep for Styles declined to comment to the Times.

In contrast to how some outlets have framed it, it is, however, worth noting that Styles did technically credit the duo properly for their work on the song — this isn’t a case of Styles failing to credit Lucius at all. Per Fine Line’s linear notes, Wolfe and Laessig are both listed as providing vocals on “Treat People With Kindness.” Styles is just at fault for failing to list them as official featured artists on the album’s tracklist, which — while it may come off as a bit unsportsmanlike — is, unfortunately, a common practice in the music industry.

It’s similar to how you get the concept of “hidden features” though mostly with hip-hop albums, like Travis Scott’s Astroworld, which doesn’t outwardly state its musical guests on its tracklist yet is riddled with cameos from Frank Ocean and Drake, to Stevie Wonder. Of course, in those cases, the featured artists are arguably famous enough in their own right that their obscured credit lands as more of a fun easter egg hunt for fans. Lucius, on the other hand, doesn’t have that same leverage — not to mention the thousands of other behind-the-scenes singers and songwriters who also don’t get prominently credited.

“It just hurt,” Wolfe told the Times. “Here was an opportunity to spread the love a little bit, which he purports to do all the time. And it could’ve really helped us. I’ve been to Harry shows and he’s always been very charming and kind. We’ve sung live with him.” Perhaps to add more salt to the wound, Styles himself has even admitted during his live shows that he doesn’t “sing on the chorus” of “Treat People With Kindness.”

While Lucius says they’d still be open to singing background vocals for Styles onstage, they “don’t know if that’s gonna happen.” In the meantime, the duo is readying to release their own album, Second Nature, created collaboratively with Brandi Carlisle.

Styles on the other hand, is promoting his highly-anticipated third studio album, Harry’s House, out May 20, and will be headlining Coachella on April 15 and 22.