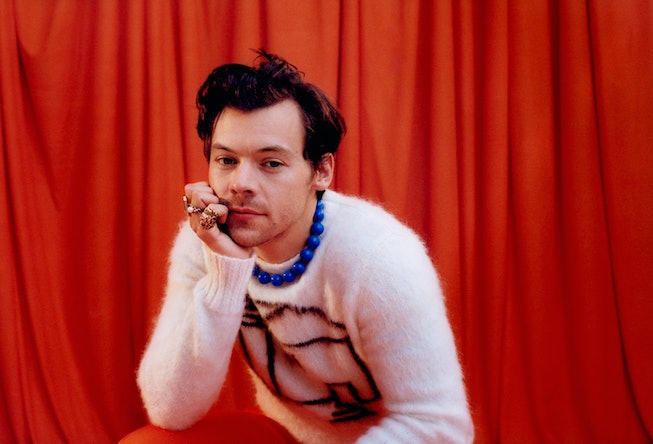 Harry Styles fans are getting treated to another major piece of Harry news this week. First, the singer announced his One Night Only in New York show — which is, as you may have guessed — a one-night only live performance at the UBS Arena at Belmont Park in Elmont, New York, where he will perform his upcoming album Harry’s House for the first time. Now, the singer is announcing a full North American tour for the album, which will be released on May 20.

Described in an interview with Better Homes & Gardens as being about “belonging, peace, and domesticity,” Harry’s House will be the singer’s third solo album and first release in nearly three years since his last record, Fine Line, came out. According to a release, the tour, called Love on Tour 2022, will be turning venues into “Harry’s House” for the run of shows. What can we expect? Light woods? Vases of dried flowers? Guitars lazily strewn about? Floor pillows?!

Fans will have a few months to get acquainted with the album (e.g. memorize all its lyrics so they can scream along) before Styles embarks on his tour on August 15. Instead of playing several cities once, he’ll play only a handful of major cities for a several nights, which we’re guessing is because there’s going to be some kind of elaborate setup to create “Harry’s House.” The tour kicks off Monday, August 15th and Tuesday, August 16th in Toronto, Ontario, followed by residencies in New York City for not just one, but ten nights; Austin, Texas for five nights, and Chicago for five nights before wrapping up in Los Angeles for 10 nights.

For everything we know about attending Love On Tour 2022, including the full tour schedule, dates, and how to score tickets, read on.

Here’s the full schedule of Styles’ Love on Tour 2022 dates.

There will be a different opener for each city, with Madi Diaz kicking off the tour in Toronto, followed by Blood Orange in New York City, Gabriels in Austin, Jessie Ware in Chicago, and Ben Harper in Los Angeles.