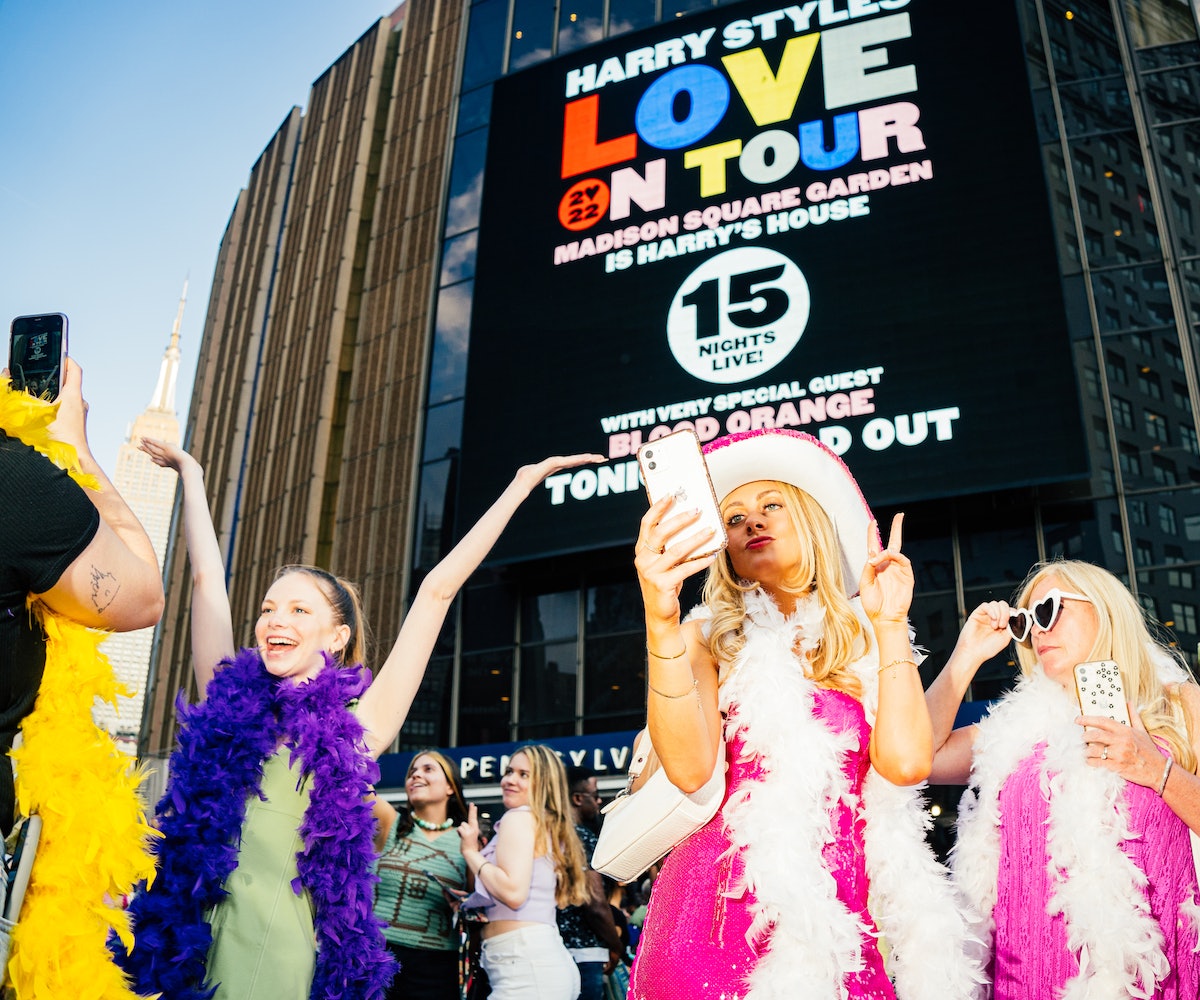 After a summer spent watching concert clips from abroad on TikTok, American Harry Styles fans finally got the chance to catch their charismatic king in person at Madison Square Garden in New York on Saturday, August 20 — the first of a whopping 15 performances in the residency-style leg of his 2022 Love On Tour. This run of shows promoting Styles’ third studio album Harry’s House is an evolution of last year’s tour of the same name, and puts the charming showman’s star power on full display.

From a square stage smack dab in the center of the stadium floor, Styles energetically belted out beloved hits (“Kiwi,” “Watermelon Sugar,” and One Direction smash “What Makes You Beautiful”) as well as new standouts from his most recent record (“Cinema,” “Keep Driving,” “Matilda”), and proved his athletic prowess by dancing almost nonstop for the show’s nearly 90-minute duration. Without costume changes or elaborate staging, Styles spiced up his set with his impossibly endearing banter — much of which seems specifically engineered to spawn viral clips on social media — and audience participation bits, particularly one involving an attempted FaceTime to a fan’s deadbeat ex ahead of his new song, “Boyfriends.” If the endless screaming and tossing of random items onto the stage in an attempt to get Styles’ attention were any indication, the artist delivered exactly what his fans were hoping for — so much so, that many would come back to the Garden several times before Styles takes his show on the road to Austin, Chicago, and Los Angeles.

To celebrate the occasion, Styles’ most dedicated die-hards looked to him as a muse for their outfits for the evening. As is tradition among the artist’s shows, many fans DIY-ed looks that emulated those Styles has worn in the past (think crocheted knits a la JW Anderson), that were inspired by his music (sparkly fruit patches in homage to his songs “Cherry” and “Watermelon Sugar”), or generally evoked the vintage, ‘70s-era glam rock vibe that Styles has made his signature. Among the most popular accessories were, of course, boas — a nod to Styles’ Gucci look from the 2021 Grammy Awards — of which there were so many that it’s likely Madison Square Garden, Penn Station, and the two-block radius surrounding both will be covered in feathers through late September.

See below for highlights from the fan fashion at Harry Styles’ first New York Love On Tour show, below.