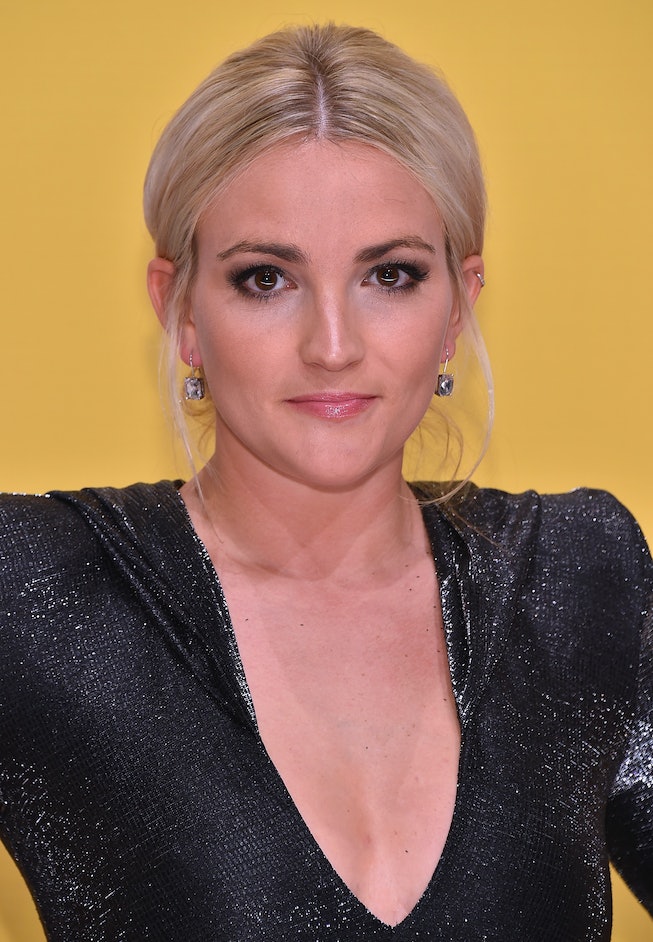 My current favorite meme is a picture of Jamie Lynn Spears behind bars. Though the 30-year-old actress was once beloved for her starring role on the early aughts Nickelodeon series Zoey 101, she has recently become the subject of internet scorn thanks to her perceived failure to intervene in the ongoing case of her older sister Britney Spears’ conservatorship. For many, the younger Spears is not considered a Britney ally — and as such, it’s no surprise that the world wasn’t too thrilled to hear that an upcoming memoir allegedly took its title from a Britney song.

Last Friday, Spears’ book publisher, Worthy Publishing, announced that the former television star was currently working on an upcoming memoir, set to release in January 2022. “Jamie Lynn’s book has been in development over the past 12 months and will allow the world to hear her inspiring story in her own words, for the first time,” the imprint of Hachette Book Group said in the statement.

At the same time, the publisher’s website stated that Spears’ memoir would be called I Must Confess: Family, Fame, and Figuring It Out, a clear reference to her sister’s chart-topping debut single “...Baby One More Time.” Given Jamie Lynn’s current contentious standing with her sister — and the fact that the upcoming memoir would almost certainly address the singer’s conservatorship and Jamie Lynn’s own thoughts and opinions about it — the title felt rather exploitative to many. But according to Worthy, this title was “erroneously released” to book retail websites, and in fact, the forthcoming book doesn’t have a title at all.

“We deeply regret that incorrect and incomplete information about her book has appeared in the public space, particularly at this sensitive time for Jamie Lynn and her family,” the publisher recently corrected. “We look forward to sharing accurate and complete details about the project at the appropriate time and to celebrating the release of her memoir with Jamie Lynn and her fans next year.”

Whether this title was completely fake or simply backtracked after receiving a negative response will perhaps never be confirmed. (Do fully-formed titles really appear out of thin air?) But at the very least, Britney fans can rest easy knowing that her younger sister’s memoir will probably not reference the singer when it does receive an official title. Though Jamie Lynn has claimed that she is “only concerned about [Britney’s] happiness,” her “very conscious choice” to “only participate in her life as her sister” has unfortunately perpetuated the opposite. We can expect to read more about this choice when the currently untitled memoir hits bookshelves at the top of next year — but at least we won’t have to read about it in a book capitalizing on her sister’s success.