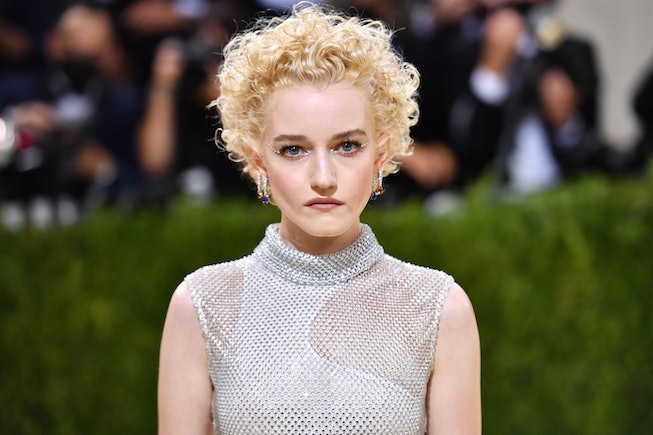 Back in January, it was announced that Inventing Anna lead Julia Garner had signed on to star in Paramount Players’ Apartment 7A. Little was known about the project other than the fact that it had been described as a “psychological thriller.” Yet interest in the film still felt high, primarily because of who was involved with it. In addition to starring a two-time Emmy winner in Garner, Apartment 7A also had the buzzy Natalie Erika James attached to direct. Riding high off the critical acclaim of her feature debut Relic, James seemed like the perfect match for Garner.

It’s been six months since then, however, and aside from a casting announcement that put two-time Oscar winner Dianne Wiest in a still-undisclosed role, there’s been very little word about what viewers could expect from this dynamic duo. But with production recently wrapping on the film, details may be starting to trickle out. (Watch out, Barbie. There’s another film to obsess over.) According to horror entertainment site Bloody Disgusting, who were speaking “on good authority,” the upcoming Apartment 7A just might be a “top-secret Rosemary’s Baby prequel that’s about the woman who dies outside the apartment when Rosemary moved in.”

According to their reports, it all makes a lot of sense. Most obviously, Paramount Pictures owns the rights to Rosemary’s Baby. But after further sleuthing, Bloody Disgusting also discovered several more details that seemed to align, if not exactly confirm the rumor. First was the fact that John Krasinski was a producer on the film; according to BD, the A Quiet Place star and director was attached to direct a remake of the film a decade-and-a-half ago. Then, there’s the fact that actress Amy Leeson’s IMDb page listed her role in the project as “Rosemary Woodhouse.”

It’s that final detail that’s the most telling, of course. For anyone in need of a refresher, Rosemary’s Baby followed a young woman (played by a still new-to-Hollywood Mia Farrow), who, upon getting pregnant, begins to suspect that her slightly-off neighbors are part of a Satanic cult and have made an intricate plan to steal her baby from her after she gives birth, in order to use it for their Satanic rituals. That young woman’s name? Rosemary Woodhouse .

The clues don’t stop there either. As reported by BD, the character played by Pirates of the Caribbean star Kevin McNally is named “Roman Castavet,” which sounds oddly familiar to original character Roman Castevet, one of the aforementioned possibly-Satanic neighbors. Also, after doing some light sleuthing myself, I also noticed that The Crown’s Scott Hume is listed as “Guy Woodhouse.” In the 1968 film, Rosemary was married to a famously hard-to-read man named...you guessed it, Guy Woodhouse (played by perennial heartthrob John Cassavetes).

If these rumors turn out to be true and Apartment 7A does turn out to, indeed, be a prequel to Rosemary’s Baby, there will be plenty to get excited about. A great lead actress, a great director, and great source material? Though the legacy of the 1969 Oscar winner has been severely sullied by the crimes of its director, the disgraced Roman Polanski, the film has continued to hold its place as one of the defining exemplars of dread-filled horror. With a possible reinvention on the near horizon, we might finally be able to move beyond the original.

Time to embrace something new.