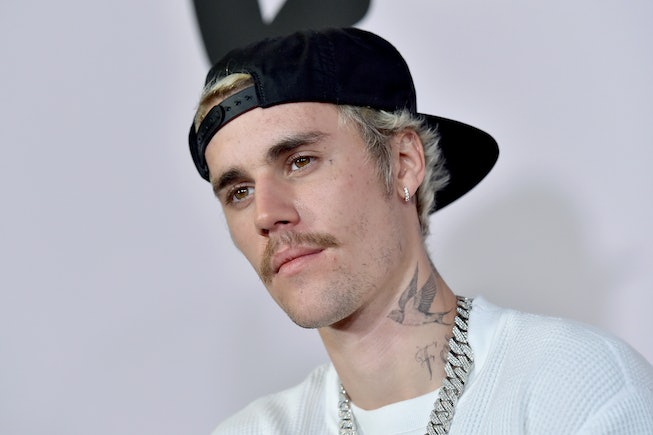 Black culture has inspired countless contemporary musicians, especially Justin Bieber. From being discovered by Usher as a child to collaborating with Big Sean, Travis Scott, and Jason “Poo Bear” Boyd, it's clear that the culture has played a heavy part in Bieber's R&B and pop oeuvre. Thankfully, he know it, too, and vows to use his platform to speak up against that rampant racial injustices Black people face daily.

As celebrities are wont to do, Bieber opened up the iPhone Notes App to make a statement following protests sparked after the racist murders of George Floyd, Breonna Taylor, and countless others at the hands of police. “I am inspired by Black culture,” the statement read. “I have benefitted off of Black culture. My style, how I sing, dance, perform and my fashion have all been influenced by Black culture.”

Bieber then promised he would use his public figure status to make changes in dismantling systematic oppression. “I am committed to using my platform from this day forward to learn, to speak up about racial injustice and systemic oppression, and to identify ways to be a part of much needed change,” he said.

The statement was well received from his Black contemporaries ranging from Formula One racer Lewis Hamilton to Normani, the later who commented the post with a resounding, "🙌🏾🙌🏾🙌🏾🙌🏾."

This isn't the first time Bieber has been vocal about racial injustice and police violence this year. On May 6, he posted a photo of Ahmaud Arbery, a Black man who was killed by two white men while going for a jog. Since May 31, Bieber has gone all out; he's dedicated his Instagram to speaking out against police brutality and racism, and urging others to organize and protest. “All lives do not matter until Black lives matter,” reads one poignant post. Bieber also supported Cate Young’s #BirthdayforBreonna action items, and implored his followers to hold Kentucky lawmakers accountable for the death of the 26-year-old EMT who was murdered by police in a “no-knock” raid.