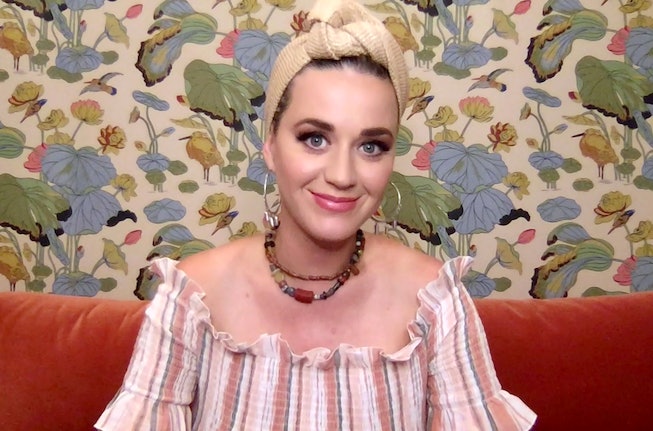 Ellen DeGeneres and her longtime daytime talk show The Ellen DeGeneres Show are under fire. After two scathing reports that highlighted toxic workplace environments, payment disputes, and alleged racist behavior from higher ups, the show is under investigation by WarnerMedia. DeGeneres is busy doing damage control; she apologized about the workplace atmosphere in a letter to staffers and vowed that she is "committed to ensuring this does not happen again." In blatant attempt at class solidarity, Katy Perry also threw her two cents into the online discourse and expressed her support for DeGeneres.

"I know I can’t speak for anyone else’s experience besides my own but I want to acknowledge that I have only ever had positive takeaways from my time with Ellen and on the The Ellen Show," tweeted Perry. "I think we all have witnessed the light & continual fight for equality that she has brought to the world through her platform for decades. Sending you love & a hug, friend."

What Perry is effectively doing is invoking the lamest rebuke against an abuse of power. The "Oh, but they've always been nice to me..." stance usually never applies, especially in Perry's instance. It seems like Perry forgot that she is a celebrity guest on the show, and most likely treated with a completely different level of respect than an employee. The complaints lodged against DeGeneres come from employees whose livelihoods were affected. "Positive takeaways" aren't a sound investment. Don't get it twisted!