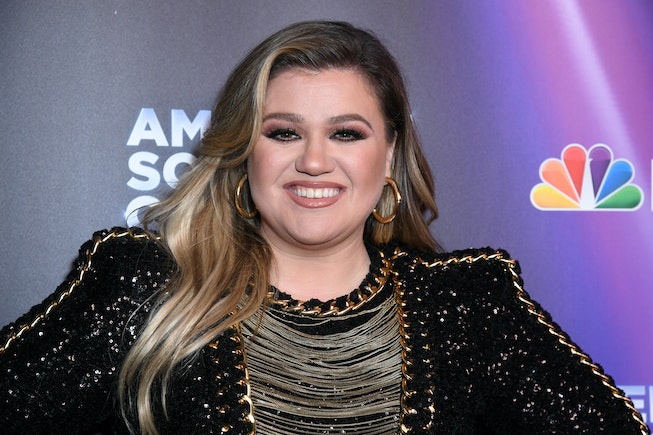 Just over a year ago, Kelly Clarkson finalized her divorce to her husband of almost eight years Brandon Blackstock. Citing that she and the father of her children “both deserve the opportunity to build a new life,” the very first winner of American Idol won primary custody of their two children and, judging by the success of her Daytime Emmy-winning talk show, has been doing pretty well for herself since. By all accounts, Clarkson is in great spirits, which is why, perhaps, she’s finally ready to revisit the saga in the best way she knows how — through music.

In a recent Variety cover story, Clarkson revealed that she had finished recording a new album “inspired by the emotional journey she went through during her divorce from her ex-husband.”

Though the singer’s newest (currently untitled) project is slated for release sometime in 2023, the songs on it have apparently been a long time coming. “I literally wrote most of these almost two years ago,” Clarkson told Variety, recalling a time when she and her producer “wrote, like, 25 songs in a week.” At the time, though, she couldn’t do much beyond that. “I told my label, ‘I can’t talk about this until I’ve gone through it.’ It’s just taken some time to do that.”

Save for last year’s Christmas release When Christmas Comes Around (and a recent Kellyoke EP, inspired by the popular segment on her talk show), Kelly Clarkson’s upcoming album will be the singer’s first major studio release in five years. Her last record, 2017’s Meaning of Life, debuted at number two on the Billboard albums chart and received mostly favorable reviews from critics.

According to Clarkson, the long gap between albums was the result of a myriad of factors: she had a crazy work schedule as both the host of The Kelly Clarkson Show and a judge on The Voice; she was preoccupied with her parental responsibilities; and, well, she just “hadn’t really been working hardcore on an album until [she] needed to.”

“But then, the whole divorce thing happened,” she says, “and I needed to write it.”

Still, she didn’t know if she’d release it. “You can be very angry in that state of mind,” she explains. But ultimately, she knew she owed it to the fans. “The one reason that ended up making me go, ‘I should put this out’ is that most of the songs in my career that people will generally come up to me [about] are the ones that are stories inspired by my life that maybe they go through as well… I think I wrote this record for a reason — not just for me, but maybe someone else can benefit from it.”

Clarkson promised that these songs “definitely cover the gamut of emotions” she went through during the divorce. “It’s almost like the arc of a relationship, because the beginning is so beautiful and sweet,” she said. “Then it evolves, and sometimes, it doesn’t evolve how you want.”

But don’t feel too sad about that last part — after all, Clarkson doesn’t anymore. In fact, she can’t wait to take this album on the road. Though her hectic filming schedule will certainly make touring hard, the singer assured Variety that performing this new music live was always on her to-do list. “I definitely am going to do shows. We’re figuring that out. But when you write an album that’s so personal, it’s just therapeutic to be able to get up there.” Besides, this album is for the fans, remember? “I know there are other guys and girl out there that have been through this kind of breakup who are going to need to scream at the top of their lungs,” Clarkson noted, hinting that a tour could happen during her show’s summer hiatus. “You can join me.”