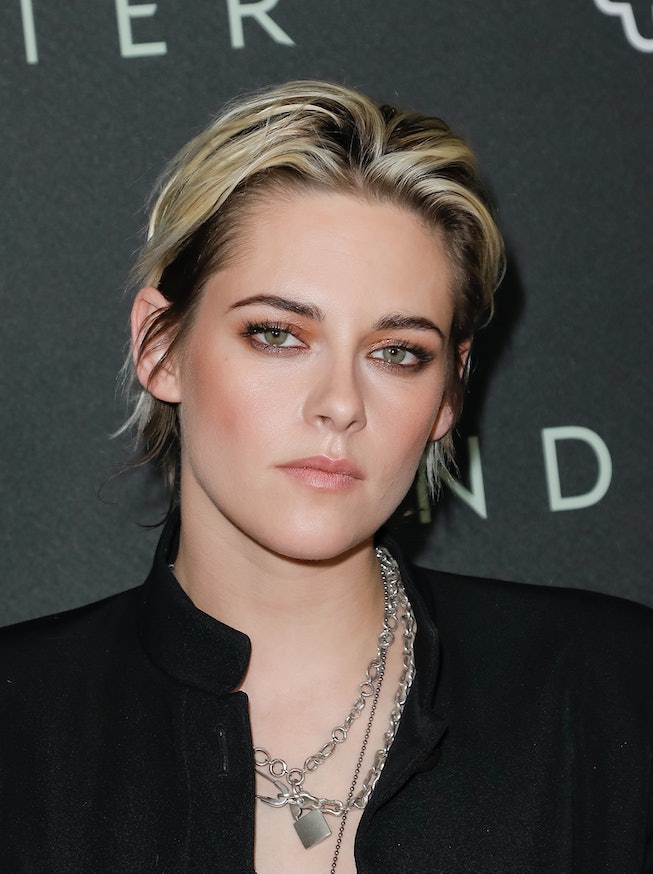 Kristen Stewart's career arc is one of the best things to come out of Hollywood. Back when the Twilight films first came to fruition, haters worldwide thought she'd be a one-franchise-wonder and forever doomed by her vampire-related stardom. Of course they were dead wrong, and Stewart went on to be a indie and niche film darling, bringing her talents to dramas like Clouds of Sils Maria, Personal Shopper, and more. Back in June it was announced that the actress would be taking on potentially the biggest role of her career: Princess Diana.

The forthcoming Pablo Larraín-directed biopic Spencer follows the ill-fated royal during a pivotal weekend in the 90s, and Stewart is prepping herself to do the icon justice. "The accent is intimidating as all hell because people know that voice, and it's so, so distinct and particular. I'm working on it now and already have my dialect coach," she said in a cover story with InStyle. "In terms of research, I've gotten through two and a half biographies, and I'm finishing all the material before I actually go make the movie. It's one of the saddest stories to exist ever, and I don't want to just play Diana — I want to know her implicitly. I haven't been this excited about playing a part, by the way, in so long."

Stewart's focus on the accent reminds me of her Twilight co-star Robert Pattinson's own little journey with his southern accent for the Netflix drama The Devil All The Time. Pattison famously opted out of a dialect coach in favor of YouTube videos of evangelical preachers, pop-stars of the time, interviews with Elvis, along with his own "madness," according to director Antonio Campos. "I didn’t really hear the accent until we started to shoot," he explained. "[Pattinson] really showed up in character and showed me Teagardin for the first time." Finding out whose accent will be better is simply another reason to make it to 2021!

Hearing Stewart comment on pretty much anything is rare, considering how she has zero social media presence. If she has something to say, she'll just hop on a loved one's account, which is something I wish for all of us. Don't ever get your hopes up for a public account either. "It's just not natural to me. It's never been a question," she explained. "I've never been like, 'Should I do it?' It's literally just been like, 'No, my god.'" Talented, beautiful, and smart? Now I've seen everything!