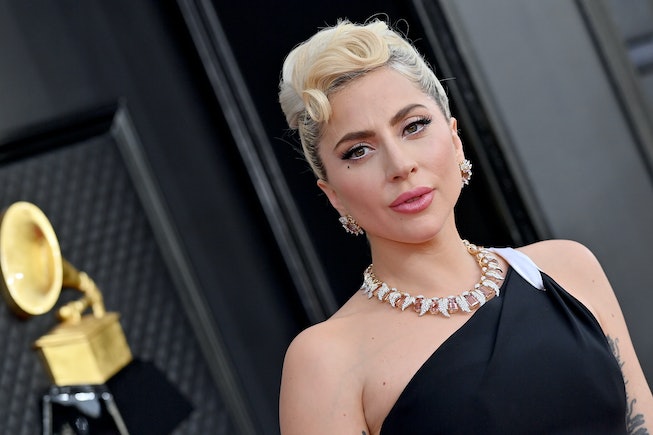 Lady Gaga is officially working on new music! The Grammy-winning artist seemed to be on a songwriting hiatus while performing her Jazz concert set in Las Vegas and preparing for her long-awaited Chromatica Ball Tour, but it appears she’s spent some time in the studio as well.

On Tuesday night, the “Bad Romance” singer teased lyrics to an unreleased song on Twitter — and from the looks of things, it might be a heartbreaking ballad. The first lyric reads, “Hold my hand everything will be ok, I heard from the heavens that the clouds have been grey.”

It turns out, the song, “Holy My Hand,” is a new single she made for the forthcoming Tom Cruise movie, Top Gun: Maverick. Gaga posted to social media today that the song will be out Tuesday, May 3rd, and was produced by herself and BloodPop (with additional production from Benjamin Rice on the movie version of the track).

“I wanted to make music into a song where we share our deep need to both be understood and try to understand each other—a longing to be close when we feel so far away and an ability to celebrate life’s heroes,” Gaga wrote on Twitter. “This song is a love letter to the world during and after a very hard time. I’ve wanted you to hear it for so long.”

Fans of the singer are, understandably, freaking out over the promise of new music. It’s been two years since she released her 2020 dance ready-album Chromatica, and these lyrics seem to signal a new era of music. Perhaps her next single will show a side of the singer that we haven’t seen before. Only time will tell!