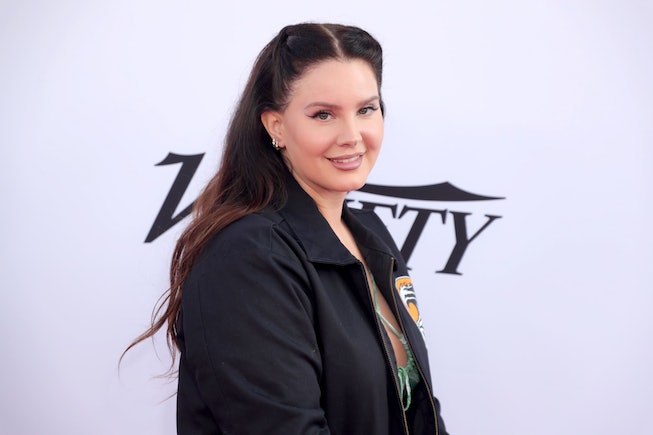 Lana Del Rey may have just released her eighth studio album, Blue Banisters, but she’s still chasing career goals. After winning the Variety Hitmakers’ Decade Award, the indie singer revealed she’s proud of her extensive discography, but has yet to collaborate with her dream artists. And who may that be? None other than Migos, the infamous family-rap trio from Georgia.

In a post-award show interview, the singer said she’d like to work with the group in the future. “I love them. I love everything they do,” she exclaimed before gushing about their influence on the music industry. “There was a kind of like, new, revolution of sound 11 years ago in the singer-songwriter community which I loved seeing,” she explained. “And then with Migos, I think they kicked off a new super fun, super autobiographical, and completely different style of rap. I love them.”

Since their debut, Migos has released four studio albums and a myriad of hit singles like, “Stir Fry,” “Walk It, Talk It,” “Fight Night,” and perhaps most famously, “Bad and Boujee.” The group includes rappers Quavo, Cardi B’s husband Offset, and Takeoff, who write and perform together.

Lana has collaborated with rappers before, specifically with A$AP Rocky on several projects. Rocky appeared in the ‘60s themed 2012 music video for “National Anthem” as the JFK to Del Rey’s Jacqueline Kennedy; the pair also recorded Lust For Life tracks "Summer Bummer" with Playboi Carti, and “Groupie Love” in 2017.

During her Variety acceptance speech, Lana thanked her management team for discovering her and supporting her career. “They picked me out of the bar scenes, lounge singer scenes that I was singing in for about eight years before I met them,” she said. “They got me out of a deal I made for 11 records for nine grand while I was working at a restaurant and living in a trailer park. Ben did that in one hour and then the next day he flew me to London to live with him,” she continued. “In a year I wrote ‘Video Games,’ and I was ready to make good records, I was ready to make a lot of good records.”

Back in September, Lana deleted all her social media accounts and said the new projects she’s working on “require privacy and transparency.” According to NME, she also told fans about a potential spoken word album down the line. If all goes well, that project just might feature a verse from her favorite rappers.