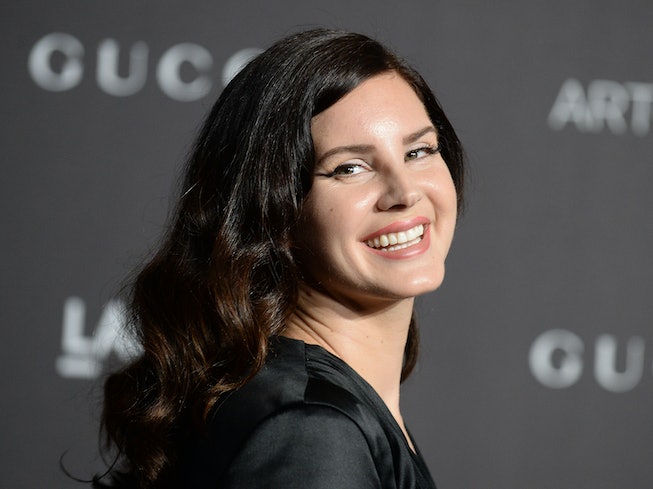 At the end of her 2019 single “The Greatest” off her critically acclaimed record Norman F*cking Rockwell! Lana Del Rey sings, “If this is it, I’m signing off.” Now, two years later, she’s taken her own lyric to heart and deactivated all her social media accounts for the foreseeable future.

In a brief, black-and-white video titled “On the record” from her now-deactivated Instagram account, the singer and noted state of California lover explained why she decided to take logging off to the next level. "That is simply because I have so many other interests and other jobs I'm doing that require privacy and transparency," she said. And she’s not exaggerating — Del Rey does in fact have a full plate of projects coming up, including her forthcoming record Blue Bannisters, which arrives on October 22, as well as spoken word albums and poetry books.

"I'm still very present and love what I do. I'm absolutely out here for the music and that I'm also just going on some different endeavors," she continued, before sending a heartfelt thank you to her fans for “continuing to kind of see me through the music.” Del Rey noted that as good as it felt to be witnessed, she needed to pivot to something a little different for the time being: "For right now, I think I'm going to just keep my circle a little bit closer and continue to develop some other skills and interests."

Del Rey flashed a peace sign and a smile, said “Signing off!” and boom, she was gone. The move is both cool and feels right for Del Rey, who has gotten herself into hot water more than once through her posting over the years. There was her “Question for the Culture” moment that turned her into the internet’s main character for a few days, that time she beefed with NPR’s Ann Powers over her album criticism, and her Twitter feud with Azealia Banks. But she’s beyond all that now! Del Rey deactivating her social media accounts is called growth, and in all honesty, more celebrities should follow in her footsteps and log off for the greater good. Bring back celebrities being private, which is, of course, one of the most glamorous things a person can do! Say it with me: “The culture is lit, and if this is it, I’ve had a ball!”