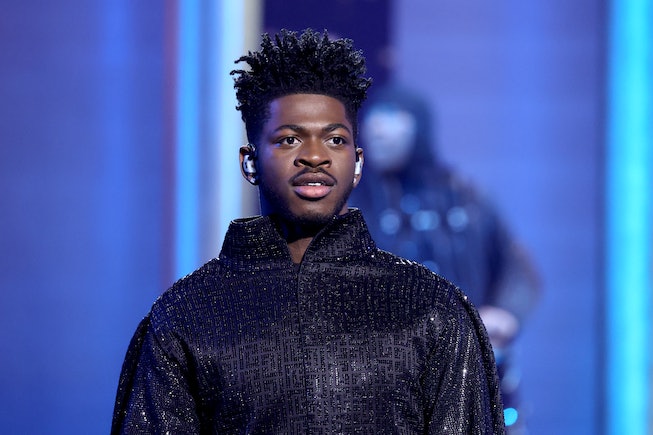 Lil Nas X and BET are beefing — and now, we may get some new music out of it.

But first, let me rewind a bit.

It all started last week, when the popular cable network released their nominations for the upcoming 2022 BET Awards. After seeing them, the chart-topping rapper took umbrage with the fact that he had not been nominated for anything, despite being a Black artist with one of the biggest albums of the qualifying period. (Anyone who tracked The Weeknd’s tiff with The Grammys back in 2020 will surely find some details of this story familiar.)

Shortly after the nominations were released, Lil Nas X took to Twitter to voice his concerns. “thank you bet awards. an outstanding zero nominations again. black excellence,” he wrote, his since-deleted tweet dripping in sarcasm. When a fellow Twitter user asked the rapper why he should feel entitled to awards nominations, Nas X simply replied, “idk maybe 3 of the biggest songs of the year and a critically acclaimed album. i feel like that should’ve helped me a bit.”

Later, the performer clarified his point, adding, in another deleted tweet, “[It] doesn’t even have to be me nominated. i just feel like black gay people have to fight to be seen in this world and even when we make it to the top mfs try to pretend we are invisible.” Whether BET’s slight was deliberate or not, it’s hard to argue with Nas X’s line of thinking here — especially when he brought up another point, after a Twitter user pointed out that he already has a Grammy on his shelf, the most prestigious piece of music recognition one could possibly get. “this is my point exactly,” he wrote. “how can i get acknowledged by the most acclaimed award show in the world and then not even just 1 nomination from my own people? is that not crazy? am i really tripping?”

For their part, BET issued a statement in direct response, pushing back on Nas X’s accusations by noting that the rapper had been nominated for a BET Award in the past — back in 2020, when he was up for Best New Artist. (He’d end up losing to “The Box” chart-topper Roddy Ricch.) They also claimed to have “proudly showcased his extraordinary talent and creativity on the show twice.” The first was with Billy Ray Cyrus to perform “Old Town Road” in 2019. The second was last year, when the rapper performed the title track from his debut album Montero. Citing his widely-talked-about 2021 performance as “a highlight of our show,” the network wrote, “No one cheered louder that night than BET.” (Though, given the virulently homophobic response to that performance’s inclusion of a gay kiss, one could easily question what “cheered” means here.)

Never one to back down, however, Lil Nas X has ignored BET’s response and is instead pushing forward into what might just shape up to be the best rap beef of 2022. Taking to Twitter on Tuesday evening, Lil Nas X uploaded a video along with the caption “FUCK BET! FUCK BET!” The 67-second clip shows the shirtless rapper sitting in a car while a new song played off speakers in the background. The new hit, as is evidenced by the catchy chorus of — you guessed it — “FUCK BET,” is an upcoming diss track from the rapper, aimed at the network.

Titled “Late to Da Party” and allegedly featuring a guest verse from NBA YoungBoy, the new song finds the rapper reveling in his undeniable success, confidently flipping off the haters, and finding comfort in his proven ability to keep getting bigger without the help of others. “Look at how I top shit,” he cooly announces at the top of the first verse. “I just put like three up in the top ten.” (In October 2021, Lil Nas X had three different Montero tracks in the top 10 of Billboard’s Hot 100 chart: the Jack Harlow-featuring “Industry Baby” at #2; the title track “Montero (Call Me By Your Name)” at #9; and “That’s What I Want” in the tenth spot.)

Check out a preview of the new song below.