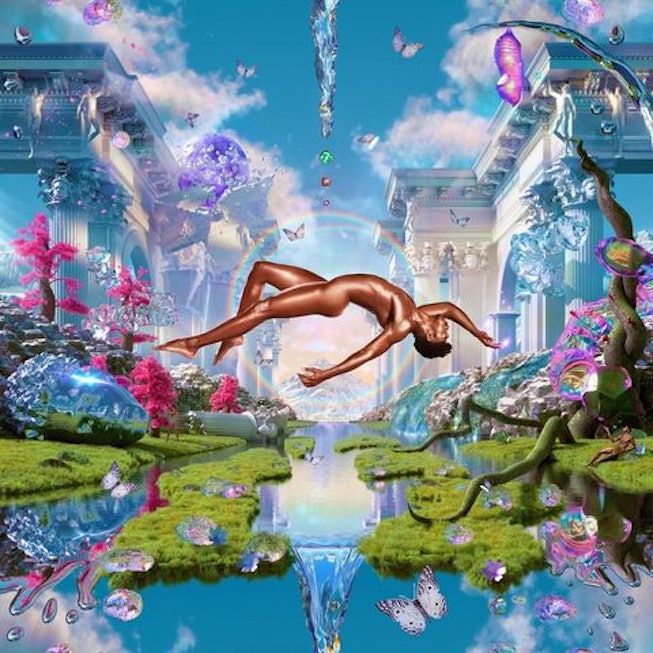 If Lil Nas X is anything, it’s persistent. Despite facing immense backlash for his “Old Town Road” follow up singles “Call Me By Your Name (Montero)” and “Industry Baby,” Lil Nas X’s debut album Montero rollout is full steam ahead — haters be damned.

The upcoming record, Montero, is self-titled — referencing Lil Nas X’s full name, Montero Lamar Hill. On August 25th, the rapper announced the album’s upcoming-arrival with a cheeky, feature length promotional video and album art sneak peek. Ahead of its release, here’s everything we know about Montero so far.

Montero will drop in September.

The Montero trailer shows that the album picks up where “Industry Baby” left off.

Montero’s trailer begins with the artist dressed up as anchorman, announcing that Lil Nas X and his “Caucasian friend” (aka rapper, Jack Harlow) escaped prison. The video follows the same narrative structure as “Industry Baby,” where Nas X is convicted for creating the infamous Nike “satan shoe.”

But instead of serving his five-year sentence, we see the rapper cruising down the highway in his hot-pink prison uniform. The destination? A fictional town called Montero. Watch the feature length album trailer below:

The creation of Montero was a healing experience.

Nas X shared that making Montero was a restorative process. On Twitter, he wrote, “Creating this album was therapy for me. I’ve learned to let go of trying to control people’s perception of who I am, what I can do, and where I will be. I’ve realized the only opinion of me that matters is my own.”

Despite his immense success, the two-time Grammy winner has faced egregious bullying for his presence as an openly gay man in music. Nas X routinely combats hateful comments online, usually with his razor wit, but until now, the artist hasn’t opened up about its mental toll.

From the looks of things, Montero’s shaping up to be an honest exploration (and celebration) of his life thus far.

Today Nas X released another promo that includes the albums track-list. The artistic video portrays the rappers “fall from grace” as he descends from a garden-of-eden like setting. Montero has fifteen songs in total, and features new collaborations with Meg Thee Stallion, Miley Cyrus, Doja Cat, and Elton John.

The album also includes his latest singles, “Call Me By Your Name,” and “Industry Baby.” Though we’ll have to wait to her the full album, Nas X teased the track “That’s What I Want.” In it, he sings, “I want someone to love me/I need someone who needs me/’Cause it doesn't feel right when it’s late at night, and it’s just me and my dreams/So I want someone to love.”

Montero’s album art was inspired by the Bible.

The official artwork for Montero was created by the artist John Stephens, and draws inspiration from the book of Genesis. Nas X explained it references the verse, “Thus the heavens and the earth were completed in all their vast array. By the seventh day God had finished the work he had been doing; so on the seventh day he rested.”

The rapper also shared the full-poster was created as a continuous loop to represent the circle of life.

Fans are very excited for the Montero release.

Fans are already hyped about the albums release. Here’s what the rapper’s retweeted so far:

To answer your question Brian — no, he doesn't.