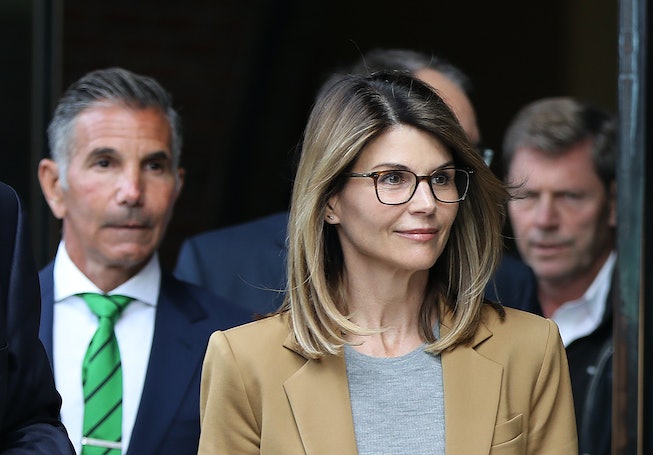 In the latest development from 2019's college admissions scandal, Full House actress Lori Loughlin has officially been released from prison after serving a two month sentence.

Per court records, the couple was accused of paying a $500,000 bribe to Rick Singer and Key Worldwide Foundation in order falsely identify their two daughters, Bella Giannulli and Olivia Jade, as crew team recruits to the University of Southern California, even though neither ever participated in the sport.

The court reports that Loughlin has already paid her $150,000 fine and is set to complete her court-mandated 150 hours of community service. Giannulli is currently serving his five month sentence in a federal prison in Lompoc, near Santa Barbara. Meanwhile, Jade recently appeared on The Red Table where she discussed the entire ordeal.

"We had the means to do something and we completely took it and ran with it. It was something that it was wrong. It really can’t be excused," she explained. "On paper, it’s bad — it’s really bad. But I think what a lot of people don’t know is my parents came from a place of just, ‘I love my kids. I just want to help my kids — whatever is best for them — I worked my whole life to provide for my family.’ I think they thought it was normal.”