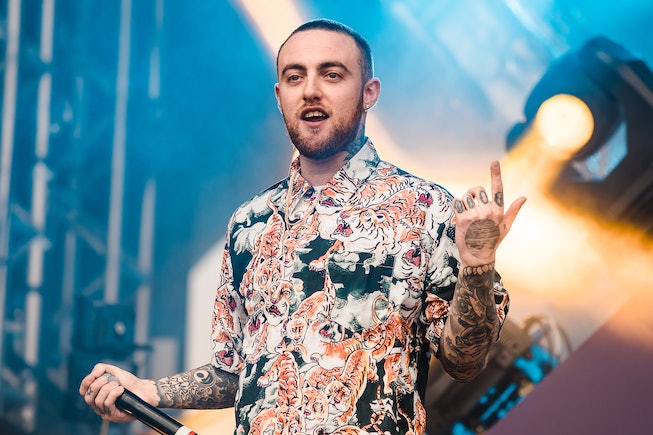 Ryan Michael Reavis, one of the three drug dealers accused of giving Mac Miller (born Malcolm McCormick) fentanyl-laced pills in 2018 that caused him to overdose, has been sentenced to nearly 11 years in prison. Reavis appeared in court on Monday, where he claimed to be the “middle-man” in the fatal drug deal.

According to Rolling Stone, Reavis was sentenced after prosecutors read a heartbreaking statement from the late rapper’s mother, Karen Meyers. “My life went dark the moment Malcolm left this world,” she wrote. “Malcolm was my person, more than a son. We had a bond and a kinship that was deep and special and irreplaceable. We spoke nearly every day about everything — his life, plans, music, dreams.”

At the time of his death, Miller had just released his 6th studio album Swimming. His music frequently discussed his battle with drug abuse, but Meyers insisted that Miller would never use fentanyl on purpose. “He would never knowingly take a pill with fentanyl, ever,” she said. “He wanted to live and was excited about the future. The hole in my heart will always be there.”

The last person to see Miller alive was his assistant on September 6th, 2018. The next morning they found Miller unresponsive in his home. Toxicology reports from the Los Angeles County Medical Examiner and Coroner concluded that the cause of death was a lethal mix of fentanyl, cocaine, and alcohol. It’s assumed that Miller died after consuming the counterfeit oxycodone pills that he purchased from Reavis, which were laced with fentanyl.

Reavis testified that he did not know the pills were laced before he was arrested a year later in Arizona. While in court he said, “This is not just a regular drug case. Somebody died, and a family is never going to get their son back. My family would be wrecked if it was me. They’d never be alright, never truly get over it.”

“I think about that all the time,” he continued. “And I know that whatever happens today, I’m the lucky one because my family is here and I’ll be with them again. I feel terrible. This is not who I am. My perspective has changed. My heart has changed.”

Prosecutors later pointed out that Reaves was found with multiple guns and numerous rounds of ammunition upon his arrest. They also surfaced text messages that proved Reavis was aware of the counterfeit pills and continued to sell them after Miller's death.

Rolling Stone reports that Reavis was complaining about a buyer who posed as someone named “Jenny.” “So, ‘Jenny,’ turned out to be a guy named Jack that says he’s Jenny’s boyfriend,” the texts said. “It was him I was talking to the entire time. No heads up, that shit needs to be discussed beforehand so I know I’m not talking to a cop...People have been dying from fake blues [oxycodone] left and right, you better believe law enforcement is using informants and undercover[s] to buy them on the street.”

The U.S. District Judge, Otis D. Wright II ultimately sentenced Reavis to 10 years and 11 months in prison for his crimes. The two other drug dealers who were involved in Miller's death are being charged as well. Stephen Andrew Walter reportedly took a plea deal and received a 17-year sentence after admitting to supplying Reavis with the counterfeit pills. The case against Cameron James Pettit, who plead guilty to distributing fentanyl, is still pending.