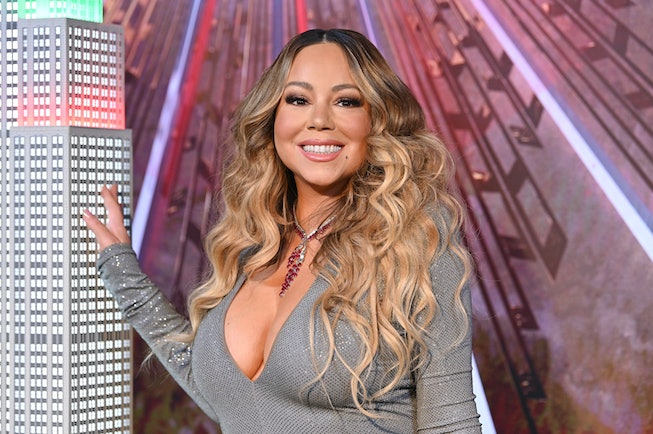 Remember two years ago, when Carey, in her excellent memoir The Meaning of Mariah Carey, revealed that she once wrote, produced, and sang background vocals on a lost-to-history alt-rock album from the ‘90s? “I was playing with the style of the breezy-grunge, punk-light white female singers who were popular at the time,” she wrote in the memoir, revealing the album to be Chick’s Someone’s Ugly Daughter. “You know the ones who seemed to be so carefree with their feelings and their image. They could be angry, angsty, and messy…while every move I made was so calculated and manicured. I wanted to break free, let loose, and express my misery.”

More importantly, do you remember how, when promoting her memoir in a tweet, the singer eagerly revealed that she was trying to find an early version of said album, featuring her original lead vocals on them? “I can tell you that I’m on a quest to unearth the version of this album with my lead vocals and will not stop until we find it!” she excitedly tweeted back in September 2020. “So happy that we get to experience this together lol!”

Well, thankfully, Carey’s unearthing skills are up-to-par. In a recent interview for the Rolling Stone Music Now podcast, the singer revealed that her original version of Someone’s Ugly Daughter has officially been found — and, yes, she does have plans to release it to the public.

While the singer did not reveal anything about when Someone’s Ugly Daughter (Mariah’s Version) would come, loyal members of the Lambily won’t have to wait too long to get something new. In addition to the recently-released “25th Anniversary Expanded Edition” of Butterfly (available in Dolby Atmos, if you haven’t heard), Carey also revealed on Rolling Stone’s podcast that she is currently working on a new studio album, a new “themed” album, a re-recording of her #1 hit single “We Belong Together,” and perhaps most exciting of all, a new documentary.

So, yes, Mariah is keeping us all well-fed. But while we all wait for the materialization of Mariah Carey’s official foray into ‘90s grunge, let’s revisit a snippet of Chick’s “Hermit” below.