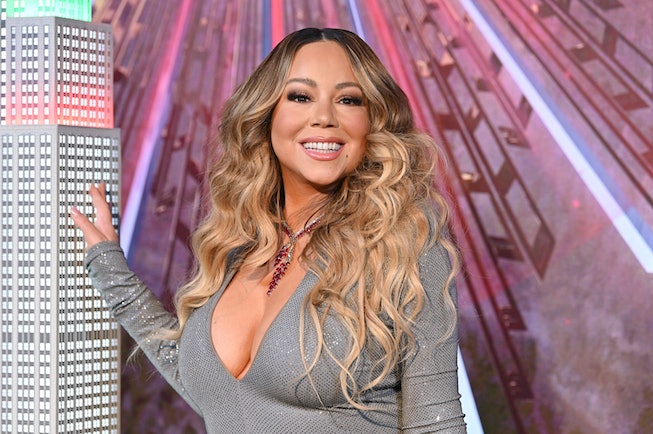 While many musicians have tried their hand at a quarantine album, Mariah Carey took a different approach; she collected some of her deep cuts for a new record, The Rarities, out October 2. “This one is for you, my fans,” she said in the announcement. “It’s to celebrate us, and to thank you for years of pure love and support. I am so grateful to you.” The feeling is mutual.

The forthcoming record includes “Save the Day,” a previously unreleased collaboration with Ms. Lauryn Hill, which samples Hill’s vocals from the Fugees classic “Killing Me Softly With His Song.” The Rarities also comes with a bonus disc for a previously unreleased 17 track live album recorded live at the Tokyo Dome in the ’90s, which includes the classic Mariah bangers “Emotions,” “Fantasy,” and “Forever.”

"I found stuff in my vault that I had either started to work on a long time ago and never released, or wanted to finish mixing, but they're songs that have previously not been released, so it's exciting," said Mariah on Good Morning America. Of course, It wouldn't be a Mariah interview if she didn't use her on-screen time to make a signature joke about the ambiguity of her age, and she delivered. "It's a monumental occasion for my career. Being in this business for two years is tough, but somehow we've lasted," she quipped.

Along with teasing treasures from the aforementioned vault — like the unreleased video for "Underneath The Stars" — Mariah is holding it down for her fandom, the Lambs, by also releasing her highly-anticipated memoir on September 29. "Sooooo many stories..." she wrote about the release. We're waiting with baited breath.