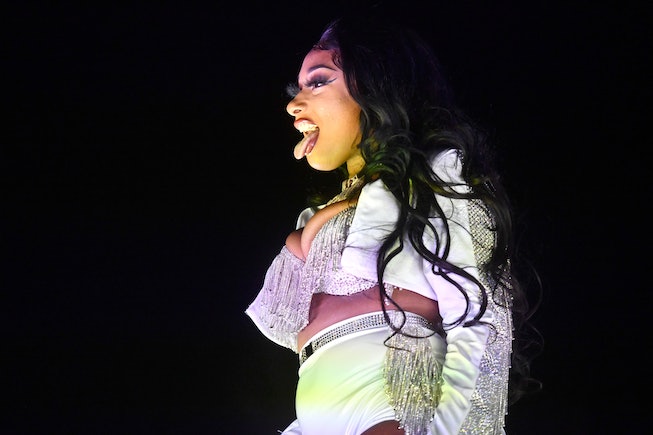 The good news just keeps rolling in for Megan Thee Stallion. After announcing her debut album Good News last week, the Houston rapper dropped the album's tracklist without even hearing any of the songs, I already know Good News will be nothing but bangers.

The record is a robust affair at 17 songs, and more importantly is packed to the gills with sought after features. City Girls, SZA, Popcaan, Young Thug, and more all get their chance to hop on the track with Megan, and Good News naturally also includes her summertime hit remix of "Savage" that she released with fellow Houston native, Beyoncé.

Kicking off Good News is a track titled "Shots Fired," which will likely address Megan's tragic altercation over the summer in which she was shot in the foot by Torey Lanez. The experience was nothing short of harrowing for the rapper: “Like, I never put my hands on nobody,” she recently told GQ in her "Rapper of the Year" profile. “I barely even said anything to the man who shot me when I was walking away. We were literally like five minutes away from the house.”