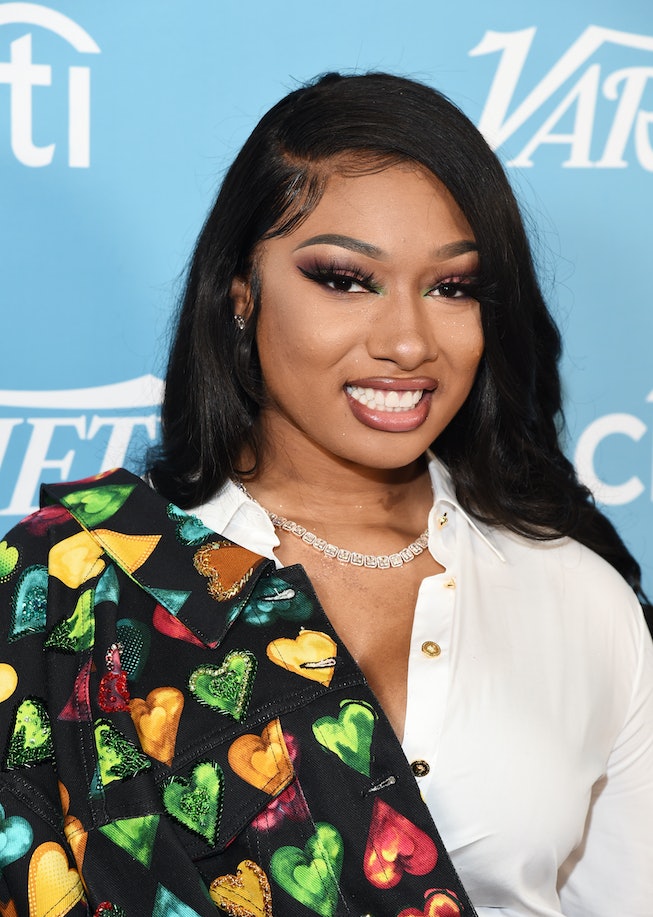 Just a little over a week after delivering a powerful statement during her debut Saturday Night Live musical performance, Megan Thee Stallion has done it again with an insightful op-ed for the New York Times. Across a wide-ranging 1,000 or so words, Megan talks about the historical mistreatment of Black women, unfair expectations, body image, carving out an identity independent of the male gaze, pitting women against each other in hip-hop, and even the importance of films like Hidden Figures.

Megan opened her op-ed by speaking to our current moment, noting that, as we gear up for next month's highly-contentious election, "Black women are expected once again to deliver victory for Democratic candidates. We have gone from being unable to vote legally to a highly courted voting bloc — all in little more than a century." However, Megan notes, in spite of this unfair burden placed on their shoulders, "Black women are still constantly disrespected and disregarded in so many areas of life."

As she says, "It’s ridiculous that some people think the simple phrase 'Protect Black women' is controversial."

Throughout the rest of the op-ed, Megan writes about what it means to live as a Black woman — first by detailing her experience being shot by rapper Tory Lanez, her initial decision to stay silent, the response she received from the general public in its wake, and why that response confirmed her initial reluctance to open up. "My initial silence about what happened was out of fear for myself and my friends," she says. "Even as a victim, I have been met with skepticism and judgment. The way people have publicly questioned and debated whether I played a role in my own violent assault proves that my fears about discussing what happened were, unfortunately, warranted."

Speaking in retrospect, Megan, "after a lot of self-reflection," concluded that "violence against women is not always connected to being in a relationship. Instead, it happens because too many men treat all women as objects, which helps them to justify inflicting abuse against us when we choose to exercise our own free will."

Continuing, Megan details some of these instances of "free will" (or lack thereof) by explaining how women — and Black women, in particular — are subjected to "the weight of contradictory expectations and misguided preconceptions" from a very young age, and how it teaches women to avoid confrontation and criticism in all facets of life.

A particularly powerful section is dedicated to her own fashion choices, which she insists has nothing to do with men or how she will be perceived by them. "I choose my own clothing. Let me repeat: I choose what I wear, not because I am trying to appeal to men, but because I am showing pride in my appearance, and a positive body image is central to who I am as a woman and a performer," she writes. "I value compliments from women far more than from men. But the remarks about how I choose to present myself have often been judgmental and cruel, with many assuming that I’m dressing and performing for the male gaze. When women choose to capitalize on our sexuality, to reclaim our own power, like I have, we are vilified and disrespected."

In conclusion, Megan reflects on the wonderful Black women that have been responsible for some of our nation's most significant inventions and policies — even if many of their stories have been written out of history or under-discussed in popular culture. From NASA research mathematician Katherine Johnson to Alice H. Parker (who "filed the patent for the first home furnace") to Marie Van Brittan Brown (who "created the first home security system"), Megan writes that she wants every little Black girl to know about their value to society rather than being "inundated with negative, sexist comments about Black women" on the daily.

Still, she knows that may be a long time coming. "[Black women] know that after the last ballot is cast and the vote is tallied, we are likely to go back to fighting for ourselves. Because at least for now, that’s all we have," she says.