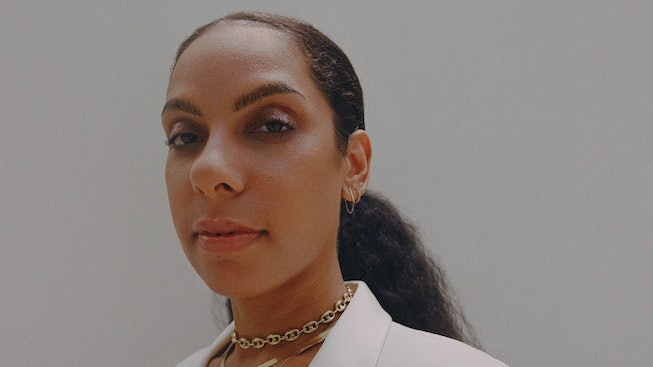 Melina Matsoukas is paving the way for her community, one project at a time. The Bronx-born director began her career in 2006, creating videos for pop titans like Ludacris, Neyo, Eve, Jennifer Lopez, Rihanna, Solange, and Beyoncé. All the while, she quietly shaped pop-culture, and created spaces to celebrate Blackness in mainstream media.

Before transitioning to film and television, Matsoukas directed the video to Beyoncé’s “Formation” from the genre-bending album Lemonade. The 2016 video — which Rolling Stone deemed “the greatest video of all time” — cemented Matsoukas’ place as a creative visionary. Both striking and subtle, her symbolism-laden work leaves a lasting impression on anyone who sees it.

Since then, Matsoukas has directed Lena Waithe’s feature film Queen and Slim, the Emmy-winning “Thanksgiving” episode of Aziz Ansari’s Master of None, and much of Issa Rae’s HBO comedy, Insecure. But this fall, she’s returning to her music roots with the help of MTV.

Together, they’ve relaunched M-ID’s — or MTV identities — which are creative mashups of the brand’s logo in the form of moving collages. In years past, these aired during commercial breaks, but now they’re going digital with plans to share IDs on their social platforms. Artists Hebru Brantley, Director X, Shane Griffin, H.E.R, Shira Inbar and Kim Nguyen, and Lydia Ortiz will share their creations later this year.

But first up is Matsoukas’, whose M-ID will premiere before the 2021 Video Music Awards on Sunday, September 12. The launch celebrates her career (she’s won four VMA’s), the network's fortieth anniversary, and MTV’s commitment to “providing a platform for artists and creators.” Matsoukas' video highlights Black people who’ve shaped America and, in turn, entertainment.

Ahead of the release, Matsoukas chatted with NYLON about creating her first M-ID, working with her favorite artist and who she’s rooting for at this year’s VMAs:

What inspired your M-ID video?

At first I created it around Black history, but then realizing that Black history is all history, it just kind of flowed into me wanting to honor the diversity of who we are as a people, and our contributions to pop-culture.

Can you elaborate on how Black culture relates to pop culture ?

I really wanted to create a collage. Thinking about who I wanted to collaborate with, I brought in one of my favorite artists, Genevieve Gaignard. It’s very much a collaboration between the two of us. We were literally cutting out pictures and finding pictures on my living room floor, and she was putting her beautiful spin to the collages. She was key in the creation of this.

How did you choose who to put in the video?

I wanted to show the diversity of who we are and speak to music, history, sports, and also symbols that feel very present in our culture — like the boombox, and obviously some very cool cars, and the wallpapers. Genevieve brought in these beautiful lace doilies and some of the vintage wallpapers as well. I just really wanted it to be a very thorough overview of who we are, and speak to us as a people, and show that we’re not a monolith.

What excited you most about this project?

The idea of doing a moving collage. I love collages and it comes up a lot in my work, so the idea of being a part of MTVs history and legacy and the relaunch of who they are felt really great. And then being able to collaborate with Genevieve, I’ve been a fan of her work for so long. Being able to collaborate and dig in and be a part of the process — because I’m usually, you know, only consuming — was really extraordinary.

Is there a reason why you love collages?

I think I’ve always gravitated towards the idea that there’s many different perspectives in one piece. And I think that so many different styles can exist in one frame, and be in conversation with one another.

I don’t know if it's just who I am. I have many perspectives, and pieces of myself, that I like to highlight. I guess, I myself am a collage.

Who are you rooting for at this year's VMAs?

As my sister, Issa Rae, would say, everybody Black!