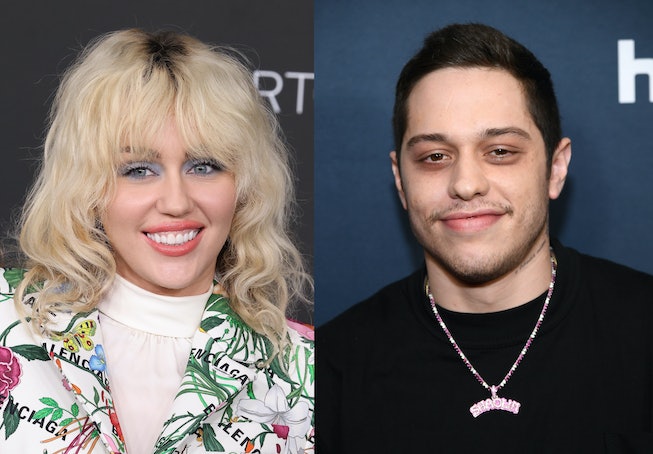 One of them is petitioning to make the night they smoked salvia a national holiday. The other one is in a strangely understandable relationship with noted billionaire shapewear maestro Kim Kardashian. Together, they will help usher you into the year 2022. Yup. Former Hannah Montana star Miley Cyrus and Saturday Night Live Eminem impersonator Pete Davidson are linking up to host a New Year’s Eve special for NBC and streaming service Peacock.

Titled Miley’s New Year’s Eve Party Hosted By Miley Cyrus and Pete Davidson, the upcoming special will feature a “star-studded lineup of special guests and musical performances,” according to Variety. Broadcasting live from Miami, the special will air from 10:30 p.m. to 12:30 a.m. ET.

Though both beloved superstars in their own right, Cyrus and Davidson will have some big shoes to fill as they step in to replace longtime host Carson Daly, who notably occupied this coveted end-of-year slot for sixteen years. Things seem off to a promising start — with Saturday Night Live extraordinaire Lorne Michaels acting as executive producer, we can definitely expect some funny bits. (And with SNL repertory player Davidson already hosting, I wouldn’t be too surprised to see a few of his fellow SNL friends popping up amongst the “star-studded lineup.”)

For what it’s worth, NBCUniversal seems hopeful. Jen Neal, the company’s Executive VP of Live Events, Specials, and E! News, said in a statement, “In what is sure to be an exciting and fun evening, we are looking forward to partnering with Lorne Michaels and ringing in 2022 with a night of incredible entertainment, led by Miley and Pete.”

For some (myself included), New Year’s Eve is usually a night for drunken debauchery to be celebrated with your closest friends and not remembered the next day. But with the sudden arrival of Omicron putting a damper on many of our plans, the night that connects the year 2021 to the year 2022 might be better spent at home. Suddenly, staying in doesn’t sound so bad.