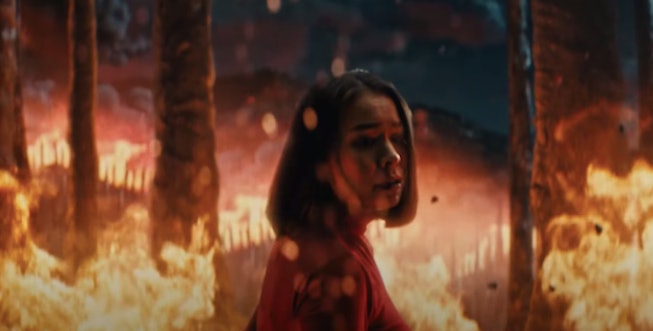 Just a month after dropping her first new single in three years, Mitski has announced the upcoming release of her next album, Laurel Hell, out February 4, 2022 via Dead Oceans.

The singer’s sixth album in a decade — she released her debut Lush in January 2012 — Laurel Hell follows her career-defining 2018 record Be the Cowboy, which pushed the performer out of indie territory firmly into the mainstream. It was the first Mitski album to chart on the Billboard 200 (peaking at 52) and the first to spin off a legitimate hit in the Gold-certified “Nobody.”

Already, this sets up Laurel Hell to be the singer’s biggest release yet. After three-and-a-half years with little new music, anticipation was high. The album’s first single, “Working for the Knife,” came out in early October and immediately shot up Billboard’s rock charts. And now, with official word about Laurel Hell’s impending drop, upbeat new single “The Only Heartbreaker” will surely follow in the footsteps of “Nobody” and become a sad-girl dancefloor anthem.

Below, find everything we know about Laurel Hell so far.

When Is Laurel Hell being released?

Mitski is releasing Laurel Hell on February 4, 2022 via Dead Oceans. The singer-songwriter announced the upcoming album in a tweet alongside a clip for the album’s second pre-release single, “The Only Heartbreaker.” Laurel Hell is available for preorder now.

What themes will be explored on Laurel Hell?

Laurel Hell will be an album of love songs about mistakes and forgiveness. In a new album statement, Mitski wrote, “I needed love songs about real relationships that are not power struggles to be won or lost. I needed songs that could help me forgive both others and myself. I make mistakes all the time. I don’t want to put on a front where I’m a role model, but I’m also not a bad person. I needed to create this space mostly for myself where I sat in that gray area.”

According to the artist, the title Laurel Hell stems from a Southern Appalachian term. “[It’s] where laurel bushes basically grow in these dense thickets, and they grow really wide,” she recently told Apple Music’s Zane Lowe. Though she admits to never having gotten stuck in one herself, she notes that many people who do, never get out. “There are a lot of Laurel Hells in America, in the South, where they’re named after the people who died within them because they were stuck.”

But the singer apparently resonated for another reason. “The thing is, laurel flowers are so pretty,” she continued. “They just burst into these explosions of just beauty. And, I just, I liked the notion of being stuck inside this explosion of flowers and perhaps even dying within one of them.”

What songs will be on Laurel Hell?

Laurel Hell will feature eleven tracks, including pre-release singles “Working for the Knife” and “The Only Heartbreaker.” Mitski once again recorded the album’s songs alongside her longtime producer Patrick Hyland, and per usual, Laurel Hell does not include any guest spots or features.

Find the full tracklist below:

2) Working for the Knife

8) There’s Nothing Left for You

Where can I hear the new music?

Starting in February 2022 — right in time for Laurel Hell’s release — and stretching until late May, Mitski will head out on a tour across North America and Europe. Across almost 50 dates, the singer-songwriter will hit stops in places like Los Angeles, New York, Nashville, London, Paris, and Berlin. Find out more about Mitski’s first live shows since going on “indefinite” hiatus in 2019 here and try to find tickets here. (Warning: Many dates are already sold out.)

How can I get into the Laurel Hell spirit?

While we all try our best to wait a whole three more months to get Laurel Hell in full, we can at least get into the spirit early by ordering some album-themed merch. On Mitski’s site, you can find standard preorders for physical copies of the new LP alongside things like t-shirts, crewnecks, jogger sets, posters, journals, and even...dice? Hey, whatever floats your boat!