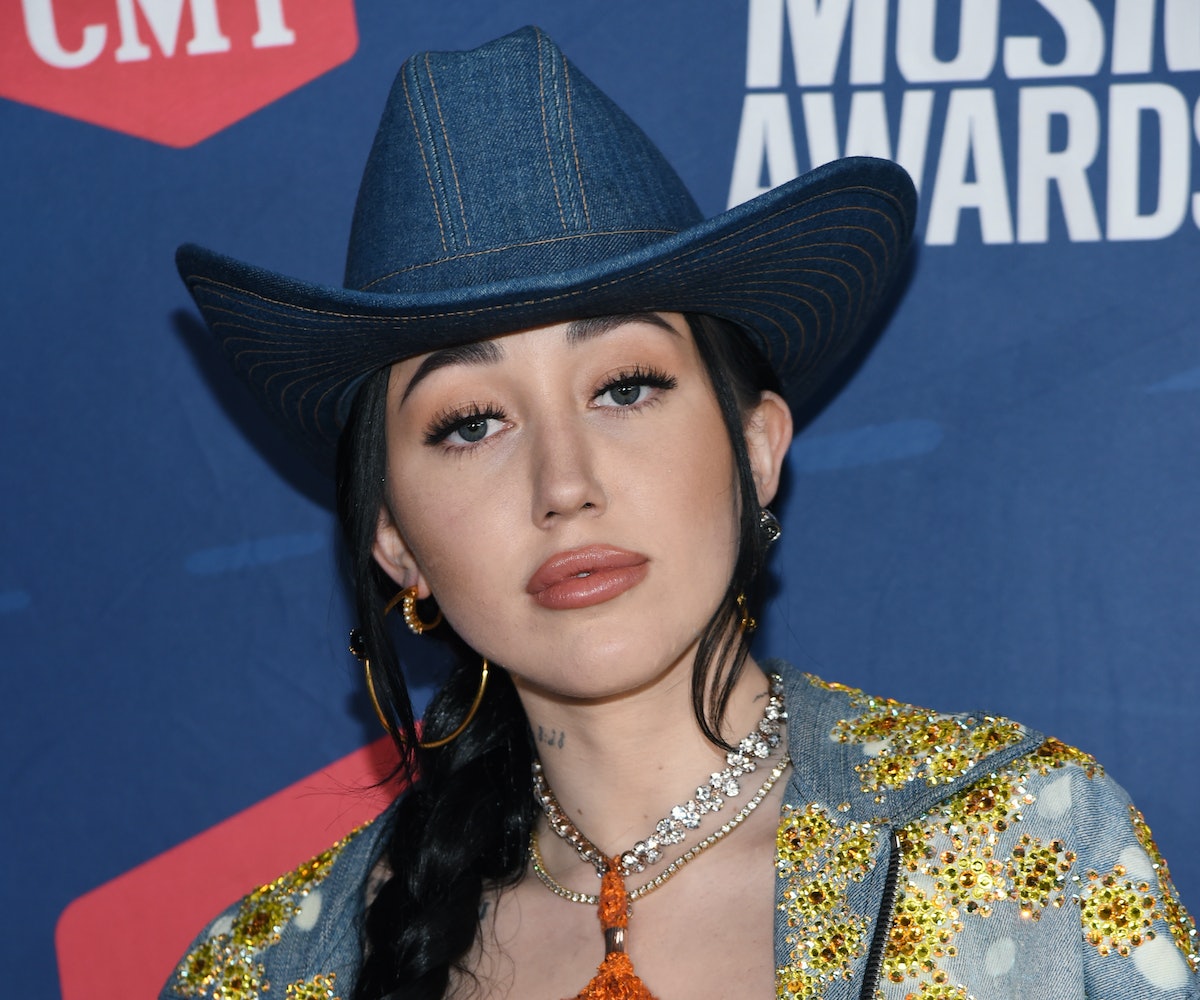 On Wednesday, October 21, some of the biggest names in country gathered together for the annual CMT Music Awards. Noah Cyrus, who collaborated with Jimmie Allen on the single, "This Is Us," was among those in attendance, and she pulled out two major looks for the night.

After doubling down on denim while walking the 2020 CMT Awards red carpet, Noah flipped the script for the night's ceremony, taking the stage in a very sheer performance look. Sharing the Nashville award show stage for her duet with Allen, Cyrus brought lots of sparkle via a white and sheer bikini bodysuit.

Coordinating with her duet partner, who chose a sparkly white jacket, Cyrus wore a sheer bodysuit that came with a faux bikini made from strategically placed sparkles, and long white gloves that extended nearly to the shoulders. She finished off the look with white knee-high boots, and a white cowboy hat that featured its own set of crystals.

Following the performance, some on social media criticized Cyrus for her choice of outfit, but others defended the star, tweeting, "It’s 2020 and a song isn’t less country for wearing a type of clothes!! they both sounded great and it was an amazing performance." Another fan said "the outfit was everything."

The singer certainly isn't the first member of the Cyrus family to cause some controversy with their clothing choices. Her sister, Miley Cyrus, just wore a bodysuit to the IHeartRadio music festival, and her outfits have frequently come with similar high-cut pieces. And as celebs, including Doja Cat and Cardi B continue to embrace the bodysuit, it seems that the see-through style is definitely sticking around.

See the performance bodysuit worn by Cyrus, below.