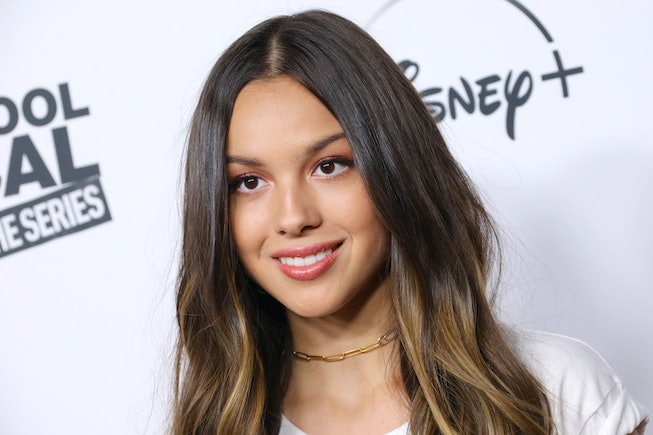 No one was prepared for 2021 to be dominated by a confessional pop ballad about nursing a broken heart while getting your drivers license, but here we are. Olivia Rodrigo brought the lovesick teen psyche to the forefront with the release of her single, "drivers license," which blew up on TikTok and has been number one on pop charts for the past seven weeks.

"drivers license" hit the viral lottery thanks in part to fans being able to triangulate its potential real life inspirations — Rodrigo was allegedly dating her fellow High School Musical: The Musical: The Series Bassett, who then allegedly began dating another Disney starlet, Sabrina Carpenter. But we as a society have moved on from the potential love triangles of the Disney industrial machine to something bigger. "drivers license" exists in both the teen and adult worlds. It's even getting its own sketches on Saturday Night Live, which brings us to the new man of the hour: Pete Davidson.

Rodrigo spoke about how surreal it was to see her song on SNL, especially since Davidson was involved. “Never in my wildest dreams did I think that they were going to do a ‘Drivers License’ sketch where they played the entirety of ‘Drivers License,'” the singer said during a RADIO.com interview “And Pete Davidson, who is my biggest celebrity crush, was singing it and comparing me to Taylor Swift, who is my idol. It was just insane. It was on my 18th birthday too, so it was just a crazy day.”

Who among us hasn't had a celebrity crush? But not that man! Davidson, who is equally famous for his comedy as he is for exclusively dating hot, famous women, also seems to be single at the moment. Perhaps Rodrigo's experience with heartbreak as detailed in "drivers license" will be more than enough to keep her feelings toward Davidson at just a crush, but just in case: Get a job! Stay away from her!

NEXT UP
Culture
The Biggest Revelations From The Price Of Glee Docuseries
A Night Out
A Night Out With Rachel Bilson
Culture
Phoebe Dynevor Will Not Return for Bridgerton Season 3
Culture
6 Shows To Binge Once You've Finished 'The White Lotus'
Style + Culture, delivered straight to your inbox.