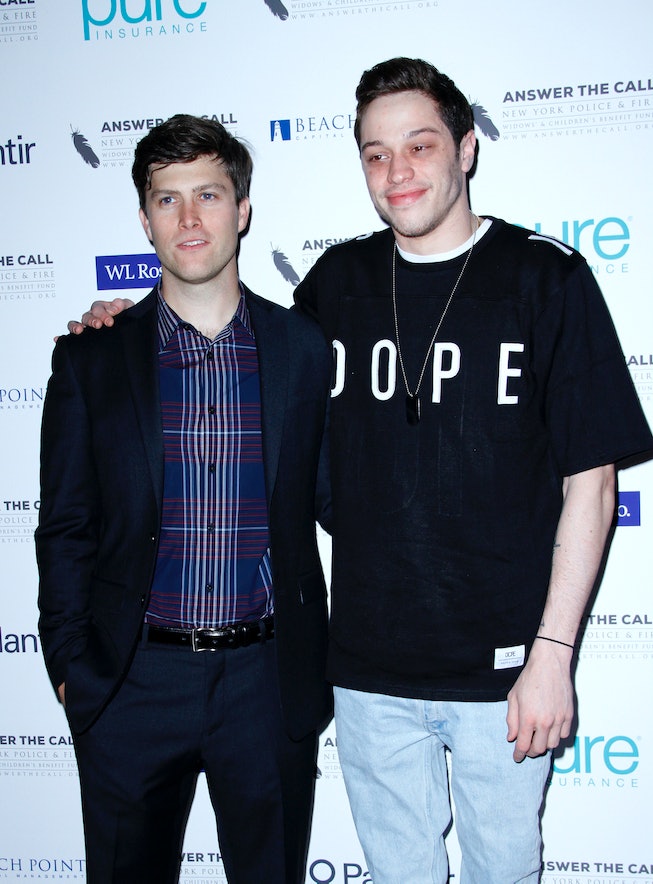 Saturday Night Live historically funnels its comedians from 30 Rock to the big screen, and now it's Pete Davidson and Colin Jost's turn at the unofficial rite of passage. The two actors will star in the forthcoming wedding comedy Worst Man, which follows a soon-to-be-married couple and the family dramatics that flare up as the wedding draws near.

The nuptial hijinx concept will surely heighten Davidson and Jost's SNL banter chemistry for the screen, and is based on an original idea pitched by Jost, Matthew Bass and Theodore Bressman. It also features SNL ringleader Lorne Michaels as executive producer. Worst Man is still in the early stages of development and the studio is now tasked with finding a director, as reported by Variety.

Worst Man is the latest addition to Pete Davidson's blossoming film career. Davidson is fresh off his leading role in the semi-autobiographical Judd Apatow flick The King of Staten Island, which premiered exclusively on VOD on June 12. Prior to working with Apatow, Davidson starred in the Hulu coming-of-age comedy Big Time Adolescence.

Jost is also amping up his film resumé after co-head writing SNL with Michael Che. Along with the release of his memoir A Very Punchable Face on July 14, he is set to appear in Warner Bros.’ “Tom & Jerry,” a live-action and animated hybrid film based on the classic cartoon.

NEXT UP
Entertainment
Florence Pugh Is A Gothic Nurse In Eerie 'The Wonder' Trailer
Life
Paul Mescal Is A Single Dad In Emotional Aftersun Trailer
Life
A Studio Ghibli-Inspired Cookbook Is Coming To A Kitchen Near You
Entertainment
Lindsay Lohan Teases Her Return To Film, 'Falling For Christmas'