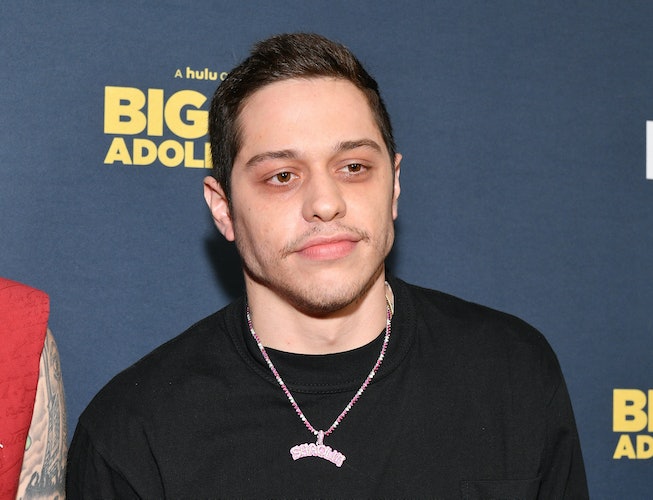 Earlier this year, Big Time Adolescence was all set to debut with a limited theatrical release. However, as many films scheduled to premiere during our current pandemic have been forced to do, the coming-of-age comedy, starring Pete Davidson as...well, a version of himself, skipped its theatrical release and premiered on Hulu a week earlier than expected instead. Now, the same seems to be happening for The King of Staten Island, the Saturday Night Live actor's second feature film of 2020. Rather than hitting theaters on June 19th as originally planned, the film will forego a traditional release for a VOD premiere starting June 12th.

Directed by comedy maestro Judd Apatow based on a screenplay by Apatow, comedian Dave Sirus, and Davidson himself, The King of Staten Island is a semi-autobiographical comedy roughly based on Davidson's own upbringing. The film follows Scott (Davidson), an aimless twenty-something who has never really gotten over the tragic death of his firefighter father when he was seven, as he watches his younger sister head off to college, leaving him to deal with the burden of his mother's new relationship.

While the film has been highly anticipated by many, its release has been somewhat doomed from the start. After originally being set to open South by Southwest in March, the movie migrated to New York's Tribeca Film Festival when SXSW was canceled. Then, of course, Tribeca was canceled, leading to Universal's eventual decision to forego a traditional release altogether. Fortunately for them, if the runaway success of Universal's at-home debut of Trolls World Tour (which is now considered the "biggest digital debut ever") is anything to go by, The King of Staten Island can still turn a profit for the studio even in these very challenging times.

The King of Staten Island will premiere on VOD starting June 12th.