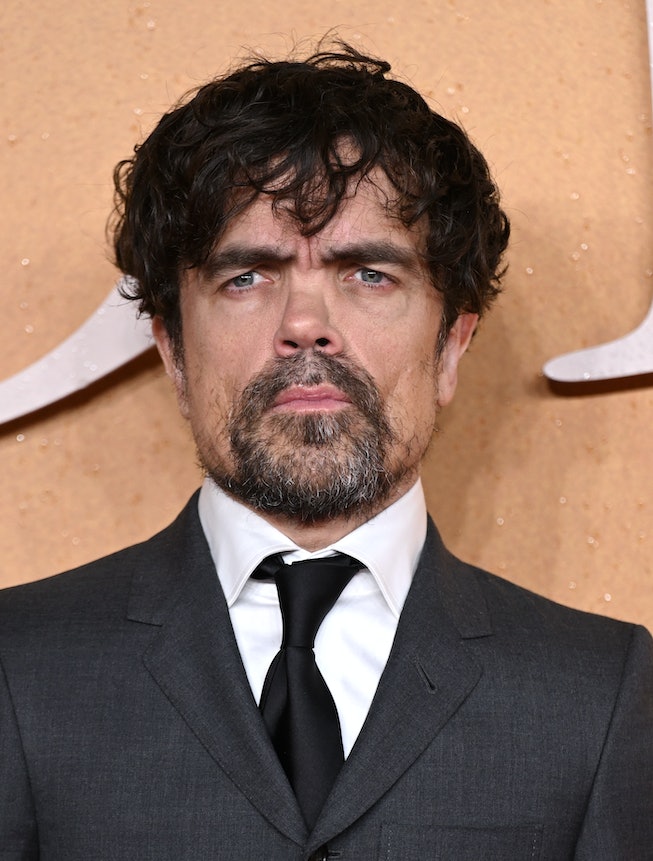 With the recent announcement that West Side Story breakout Rachel Zegler would star as the titular character in a Snow White remake, penned by Lady Bird auteur Greta Gerwig, it’s no surprise that many of us have been revving up in anticipation of the upcoming movie-musical. (The less said about Gal Gadot’s casting as the Evil Queen, the better.) But, as it turns out, not everyone is so excited. Recently, Peter Dinklage, the four-time Emmy winner and Game of Thrones star, criticized the upcoming film for its retrograde depiction of dwarfs.

While appearing on Marc Maron’s WTF podcast earlier this week, Dinklage, who is currently promoting his awards season hopeful film Cyrano, was asked about his thoughts on the upcoming remake. While he thought it was nice that Disney casted a Latina actress in the titular role, he was upset that the studio would most likely draw the line for diversity there. “There’s a lot of hypocrisy going on,” Dinklage said. After all, “You’re still telling the story of Snow White and the Seven Dwarfs. Take a step back and look at what you’re doing there. It makes no sense to me.”

Later, Dinklage went into specifics, highlighting the film’s trivial treatment of people living with dwarfism — people like himself. “You’re progressive in one way, but then you’re still making that f*cking backwards story about seven dwarfs living in a cave together. What the f*ck are you doing, man?” he asked rhetorically. “Have I done nothing to advance the cause from my soap box? I guess I’m not loud enough. I don’t know which studio that is but they were so proud of it. All love and respect to the actress and all the people who thought they were doing the right thing. But I’m just like, what are you doing?”

It was clear that Dinklage was upset about the film’s existence, but that doesn’t mean the actor had written it off completely. Given how little information is currently out about the live-action musical — other than the aforementioned cast-members and screenwriter, all we have is a director in Marc Webb — Dinklage was open to the possibility of being proven wrong. While he does not support a standard retelling of the story and its titular dwarfs, Dinklage did express an interest in a “f*cked-up, cool, or progressive spin” on the familiar fairy tale.

With Disney’s Snow White not going into production until later this year, it’ll be a while before we’re able to see just how much the Mouse House is willing to play with the standard formula of one of its most popular, enduring films. Greta Gerwig’s involvement on script duties is certainly promising, as is Marc Webb’s position behind the camera (500 Days of Summer still slaps).

But, come on. This is Disney. Fucked-up, cool, and progressive aren’t in their dictionary.