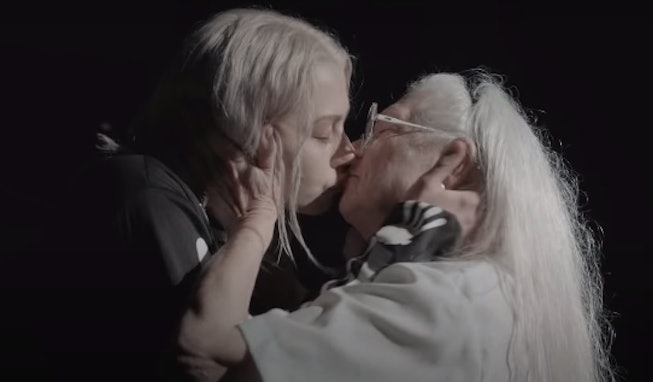 Somewhere along the line, Phoebe Bridgers decided that her skeleton costume was going to be a running bit throughout her Punisher era. She first wore the Halloween get-up in the charming DIY video for her single "Kyoto," and then donned it again for her delightfully silly Late Night performance. The thing about bits is that they require steadfast commitment, which is to say that the skeleton costume is back in all its bony glory for her video for her gripping Punisher closing track, "I Know The End."

The track is classic Bridgers — a slow, aching guitar ballad that makes you want to lay down and stare at the ceiling for a few hours, one that steadily builds before exploding into orchestral chaos and screams. Bridgers brings the necessary drama for the video, opting for an eerie mix of sanatorium meets Under The Skin. Bridgers wanders the halls of an empty Los Angeles Memorial Coliseum, eventually meeting up with her bandmates as "I Know The End" hits its cathartic crescendo. They are, of course, also wearing matching skeleton costumes. Bridgers then spots someone who looks like her future self — pale hair, a black headband, flailing limbs — and after screaming in each other's faces, they share a passionate movie kiss. It's all very weird, and very Bridgers.