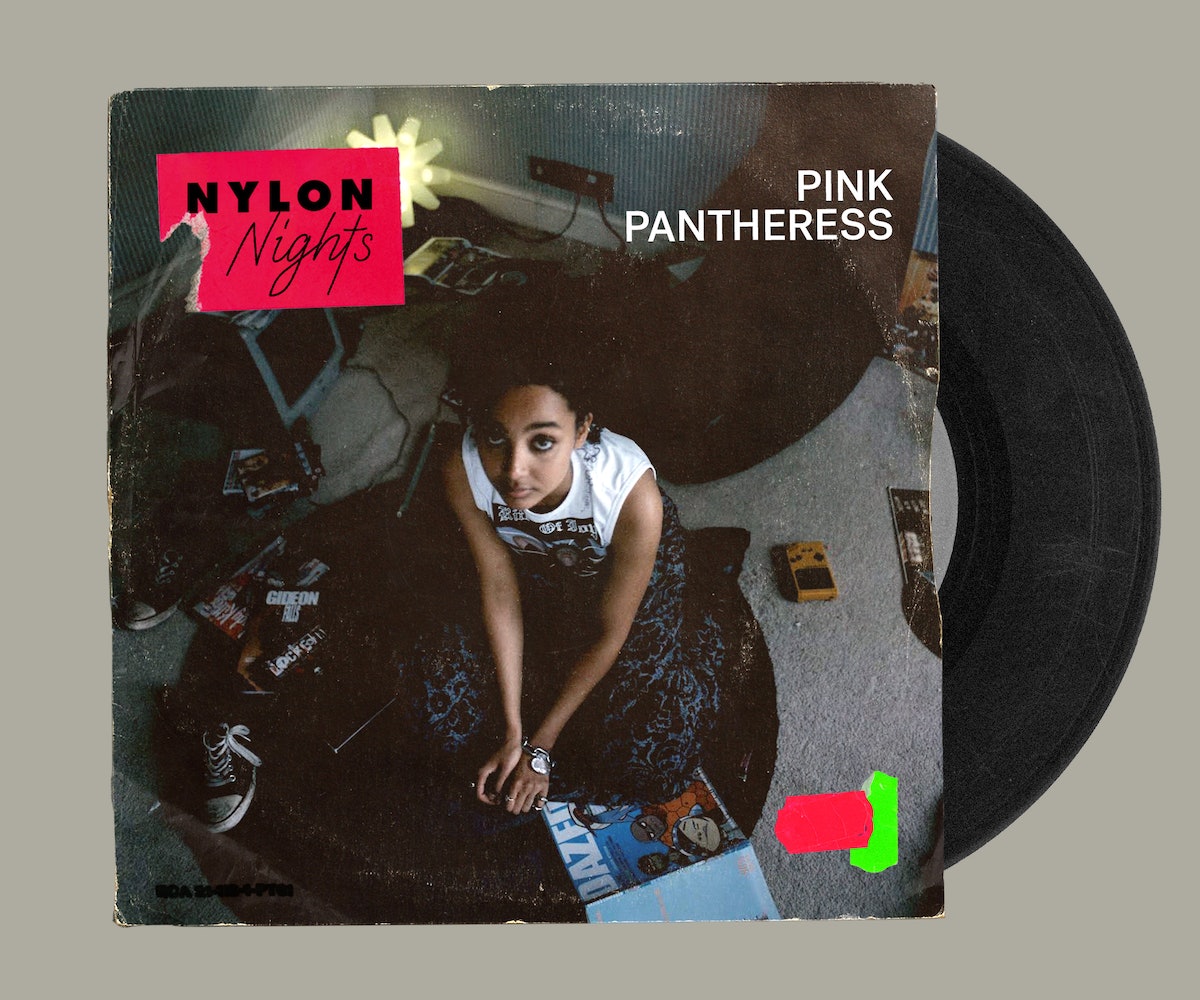 Going out? Need a playlist? Then NYLON’s NYLON Nights playlist is here for you. Each month we invite a guest DJ to curate an exclusive playlist that will keep you going from pre- to post-game. This October, we kick of the series with PinkPantheress.

PinkPantheress loves a spooky situation. This may be why the cover of her highly anticipated debut mixtape looks like it could double as a movie poster for an underrated ‘80s cult camp-horror movie. Or, why the songs she selected for the inaugural edition of the new NYLON Nights series are all bonafide creepy anthems, even if you’re not a Halloween fiend. “I listen to this in the shower every evening... and I’m not joking,” she says of the “Addams Family Theme.”

Below, find the breakout U.K. musician’s ideal going out playlist with an October 31 flair. All the spooky holiday classics are accounted for — from the “Addams Family Theme” to Michael Jackson’s “Thriller” — as are more unconventional picks, like Barry Manilow’s piano ballad “Could It Be Magic,” which she says she finds “creepy, and therefore apt for this playlist.” Elsewhere, her picks are more discerning, with contemporary selections from Playboi Carti’s genuinely sinister-sounding Whole Lotta Red, underrated gems from her favorite K-pop groups, and tracks from Trippie Redd’s catalog. Of course, there’s also some emo courtesy of her heroes, My Chemical Romance, thrown in — because why not! The songs may not all be scary, but they are essentially spooky in all the right ways.

Coming off a massive year, PinkPantheress is gearing up to release her debut mixtape, to hell with it, on Friday October 15 via Parlophone and Elektra Records. The project includes her previous hits, “Break It Off,” “Passion,” “Just For Me,” and more tracks that align with her “new nostalgic” sound. Be on the lookout for its release, and read on for PinkPantheress’ NYLON Nights playlist, and why she picked each of its tracks.

Undeniably the best Halloween themed song of our time, it doesn’t get better than this.

As a K-pop fan, people continue to sleep on VIXX. This song is the epitome of Halloween.

One of my favorite My Chemical Romance songs, fantastically emo.

A classic. Doesn’t get more spooky than this.

Carti gave us what he needed to give with this one, I can’t lie.

I listen to this in the shower every evening... and I’m not joking.

The storm at the beginning reminds me of Halloween. Lil’ Kim goes off too.

The witchy vibes of Kate Bush are perfect for this season.

Trippie Redd gets into his emo bag sometimes and when he does it slaps, this song isn’t even Halloween-y — I just like it.

“Could It Be Magic” - Barry Manilow

I find the piano of this song creepy and therefore apt for this playlist.

“I must apologise” - PinkPantheress

I first heard this song in the Halloween film Donnie Darko. Such great writing, ugh.

You probably know this song from “Location” by Playboy Carti. It’s beautiful as it’s on track too and devilishly ominous.

PinkPantheress’ to hell with it is out October 15 via Parlophone and Elektra Records.