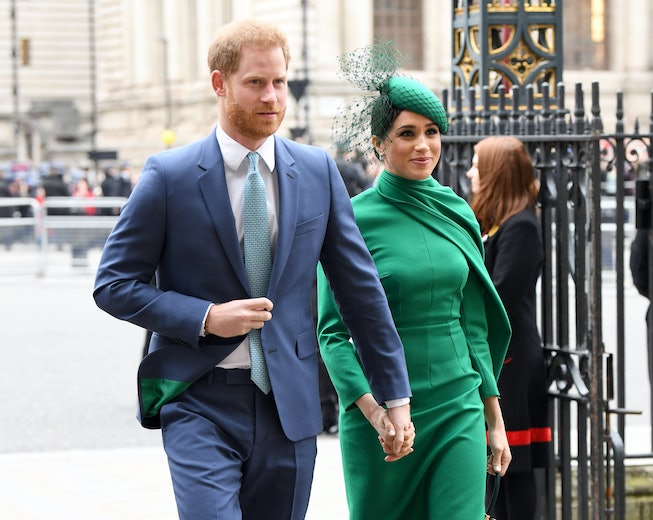 Meghan Markle, Duchess of Sussex, is a new kind of royal. Her and her husband Prince Harry are simply not about the codes and regulations that have come to mark the House of Windsor! The two formally stepped back from their royal duties earlier this year and moved to Los Angeles, where Markle has been vocal about her support for the Black Lives Matter movement sweeping across the globe at large. They're now taking it one step further and going to the root of the issue, demanding that the United Kingdom take a long hard look at itself and reckon with its insidious colonial past.

This stance is frankly unheard of when it comes to the royal family, who's legacy is literally built on its brutal colonial history. But if Prince Harry and Markle have their way, it would ideally become an ugly relic of another era. "When you look across the Commonwealth, there is no way that we can move forward unless we acknowledge the past," said Prince Harry, speaking at a session of the Queen's Commonwealth Trust. "So many people have done such an incredible job of acknowledging the past and trying to right those wrongs, but I think we all acknowledge there is so much more still to do."

A brief history lesson: the Commonwealth is comprised of 54 nations, nearly all former territories of the British Empire. The U.K.'s colonial history has long been associated with the pain and suffering of its occupied people, and it's naturally reemerged as a hot topic in the recent racial uprisings.

Prince Harry is not too pressed about the obvious discomfort of the task at hand. "It's not going to be easy and in some cases it's not going to be comfortable but it needs to be done," he said. "Because guess what? Everybody benefits." Markle agreed: "We're going to have to be a little uncomfortable right now, because it's only in pushing through that discomfort that we get to the other side of this and find the place where a high tide raises all ships."

The two also discussed the impact of unconscious bias, and how systematic racism has shaped the way people view the world, starting from education. "Once you start to realize that there is that bias there, then you need to acknowledge it, you need to do the work to become more aware," explained Prince Harry. "So that you can help stand up for something that is so wrong and should not be acceptable in our society today."

Protestors in the U.K. marched in solidarity with the Black Lives Matter movement; much like in the U.S. these protestors have been demanding the removal of statues honoring imperialists and slave owners.