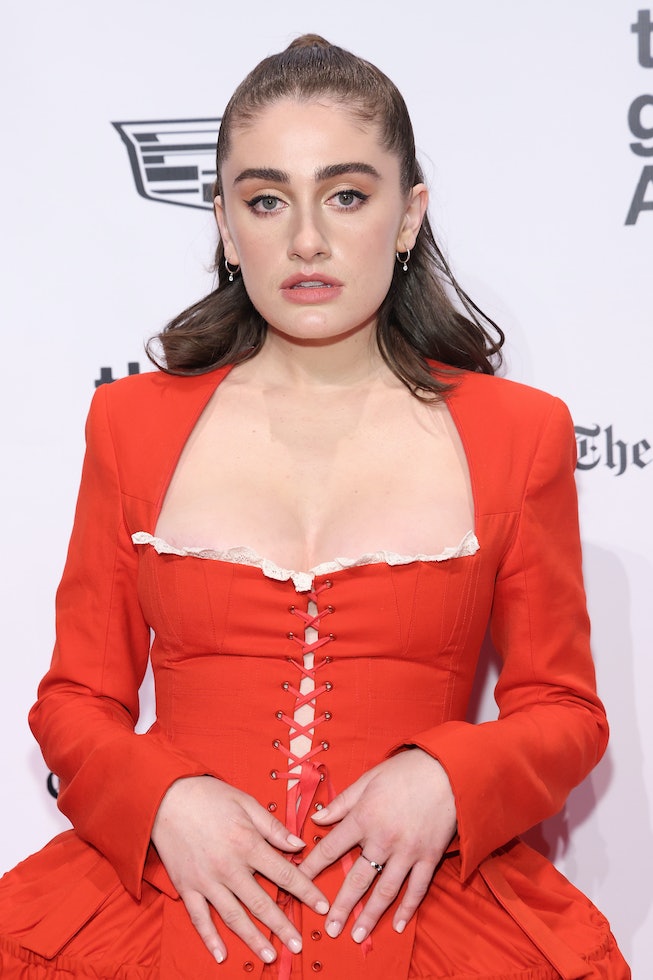 Last year, Rachel Sennott made a name for herself in Hollywood, going from a stand-up comedian to a beloved actress thanks to her breakout-role as Danielle in Emma Seligman’s hit film, Shiva Baby. The indie-project — which is available to stream on HBO Max — proved that Sennott, known for her deadpan delivery and wit, could hold her own on-set as well. Now, following a year of press and awards, the budding starlet is returning to the big screen — this time, playing the lead in a new dramedy directed by Ally Pankiw.

The project, titled Brooke & Sam, follows Sam (Sennott), a young woman with PTSD, who works as an au pair while pursuing stand-up comedy. When Brooke, a young girl she used to nanny, goes missing, Sam deliberates between joining the search party or keeping to herself. Per the synopsis, “the story exists between the present, where Sam tries to recover from her trauma with the help of friends in the comedy community, and the past, where memories of Brooke make it harder and harder to ignore the teen’s disappearance; and harder and harder to get back on stage.”

According to Variety, the film was both written and directed by Pankiw. Though this is her first time directing a movie, Pankiw helmed numerous beloved television series. Most notably, she directed and executive produced Season 1 of Mae Martin’s series Feel Good on Netflix. However, she has also worked with Aidy Bryant, directing multiple episodes of the Hulu comedy Shrill. Currently, she is helping Dan Levy create a new animated comedy series for Hulu as well.

This afternoon, Sennott confirmed her involvement with the film, by reposting news articles on her social media accounts. Pankiw did the same to announce the project. Though a release date for Brooke & Sam has not been revealed, its premiere is likely around the corner.